School Dances: The Good and the Bad 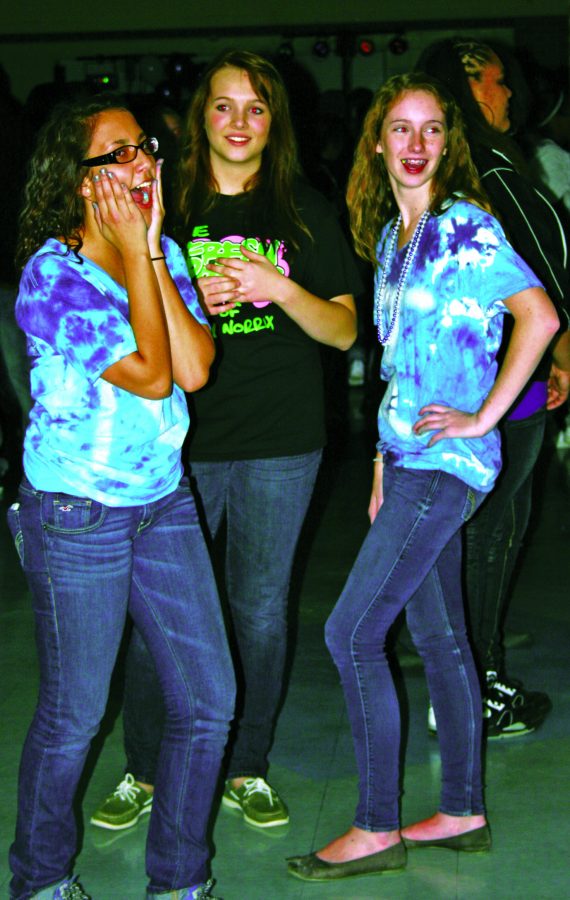 It’s that time again. We dress wildly, show off our Loy Norrix pride and get excited for the Friday that we’ve all been waiting for: Homecoming.
“Spirit week is my favorite week of the year,” said senior Reana Smith.

Homecoming week is definitely one of the most event-filled weeks of the school year. The events include a series of class competitions in which students attempt to show that their class is the best one at Loy Norrix High School.

The week’s events come to a peak on Friday, the day that brings the pep assembly and the Homecoming game.

One event tends to be one of the most widely anticipated and buzzed about: the Homecoming Dance. As this event approaches, many questions arise about who will be attending and how much fun the dance will be.

Loy Norrix High School’s Homecoming festivities came to an end on Friday September 30 with a dance themed, “Get Your Glow On.” So was the dance a glowing success, or blow out?

According to Sophomore Michaela Haw, the dance was a great time.

“There were a ton of people and a ton of things going on at the same time. Overall, [the dance] was fun because people could do their own thing and still be apart of the group,” said Haw.

What makes a school dance fun? According to a number of Loy Norrix students, music is a huge factor. Junior Trevor Greer believes that music plays a large role but states that one of his favorite things about school dances is, “Seeing everyone have a good time.”

Senior Letiah Foltz has attended many school dances during her time at Loy Norrix.

“When the DJ plays music that people want to hear, students feel like they have an input. This makes it easier to have a good time,” said Foltz, “Music that we can’t dance to can make a dance really boring.”

While some students, including sophomore Michaela Haw, felt that the music at the 2011 Homecoming Dance was satisfactory, other students disagree.

“I had fun at the dance, but the music could have been better and more recent,” said sophomore Julia Fiore.

Loy Norrix students also state that when it comes to school dances, they prefer having chaperones that are observant, yet distant.

“There is always staff in the way when we’re trying to dance and have a good time,” said junior Christina Lindahl, who would prefer to have chaperones that watch at dances, but don’t interfere.

In order to make all future dances a success, Norrix students have a few tips.

“Decorations that fit the theme can better the experience,” said Haw.

Foltz suggested, “[The DJ] should play music that people request, and they should not try to break us up when we’re dancing. They should let us do our thing.”
[polldaddy poll=5559602]