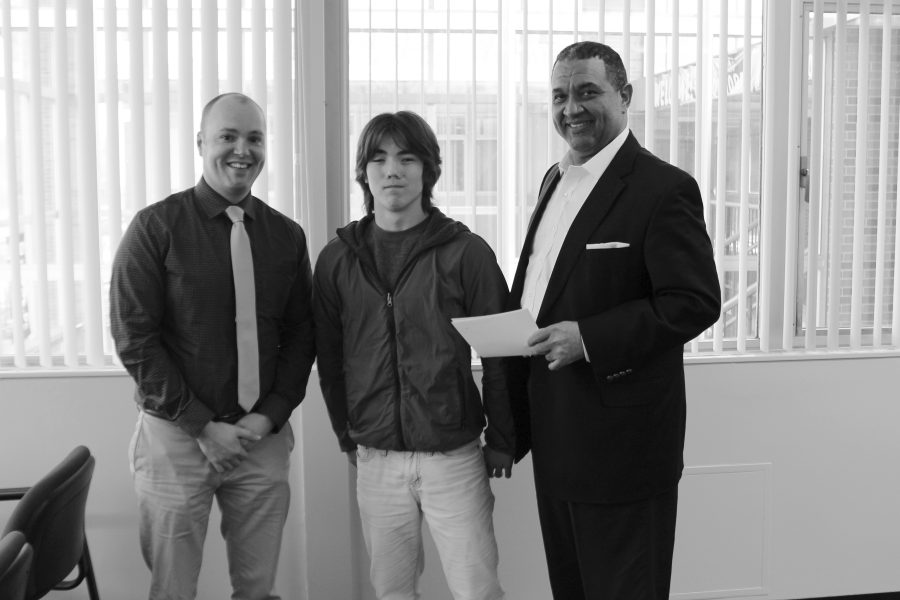 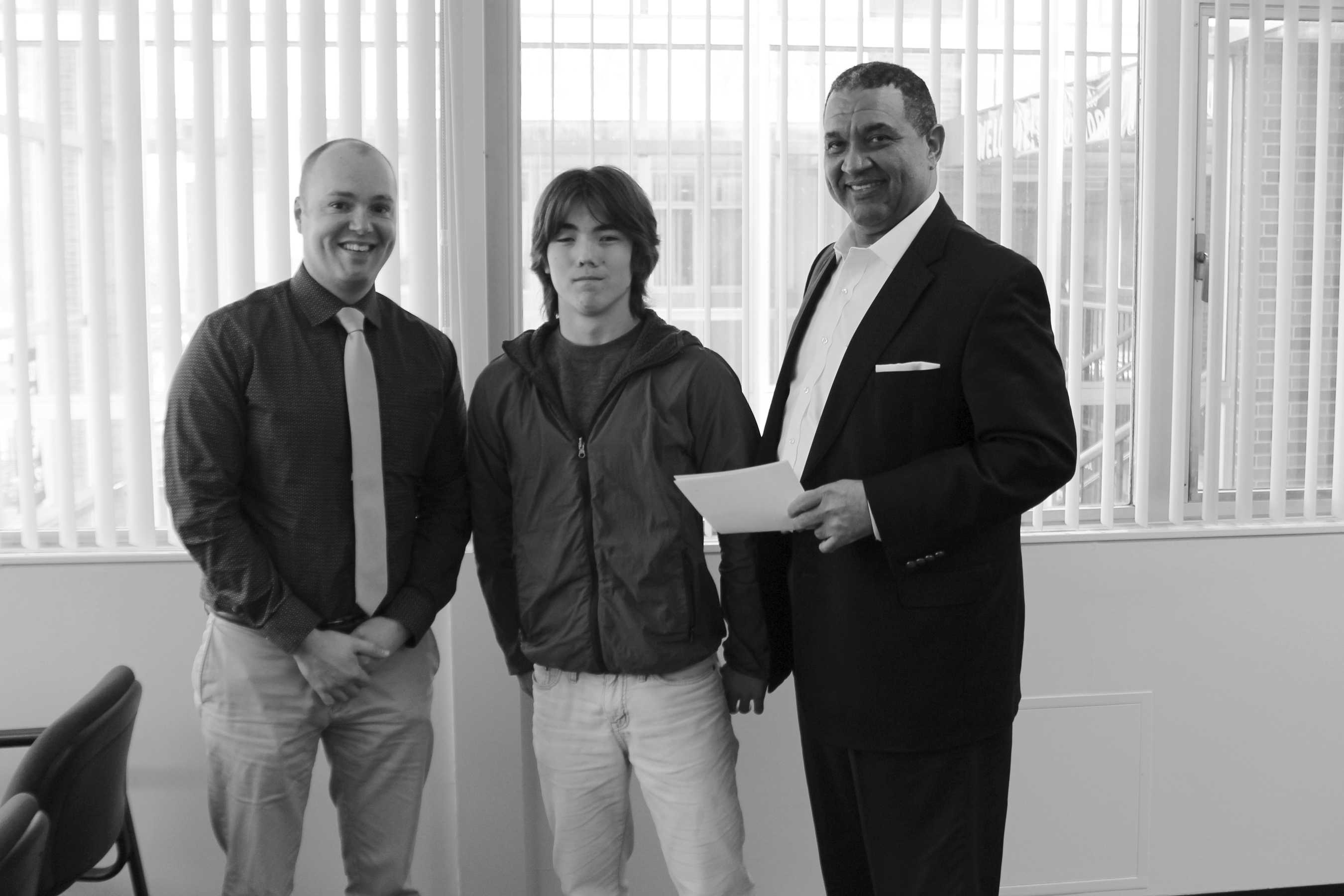 Loy Norrix senior Koichi Anderson has had the high honor of being recognized as a finalist for the National Merit Scholarship.
“When I went to Milwood Middle, there was a group of us that felt like the math class that we were in was just too easy. So we worked with the counselors and principal to have an independent study so that we could delve farther and faster into math,” said Anderson.
In four years at Norrix, Adam Hosler has been Anderson’s only math teacher. Hosler had this to say about him:
“I had Koichi when he was a freshman,” said Hosler. “He was in my AP Calculus class. He was obviously very gifted. He kept to himself a lot though. Not that he was anti-social, but when you are the only freshman in a sea of seniors, it’s a little intimidating.”
The National Merit Scholarship Corporation (NMSC) recognizes and honors academically talented students of the United States.
Anderson has had a minimum of a 4.0 GPA all through high school and has been enrolled in dual enrollment courses at WMU since the 10th grade. His main focus is math.
“I took a two-part math course. It was a five thousand level course, so it was really high up there. There were a lot of people in there that were in graduate programs,” said Anderson.
As far as college is concerned, Anderson has applied and been accepted to Michigan. He has also applied to Columbia, Harvard and Princeton. He remains hopeful that he gets accepted into Columbia or Harvard as Princeton has rejected him. Anderson remains hopeful, but he recognizes that those the colleges are very selective about who they accept.

“It’s nice to get the recognition,” Anderson said. “It’s nice to see all my hard work pay off. Getting the certificate and being publically recognized as part of the top one percent of high school seniors is great.”
Anderson didn’t really set getting the scholarship as a goal for his high school career. He knew about the scholarship from teachers and took the PSAT to start the process, but he didn’t keep it in his mind the whole time.
“I don’t hyper-focus on studying. I’m on the baseball team, and I volunteer when I have the chance. Focusing on school hasn’t consumed my life,” said Anderson.
Despite all this success, Anderson doesn’t like to call himself a perfectionist.
“I don’t like to tell myself over and over that I have to get A’s. I like to have a normal life. Having said that though, it is great when I do get them. I like the challenge, said Anderson, “I think that it drives me to do better. I also don’t think that it’s that hard honestly. If you really just put your mind to it and focus on the process of it, it’s all the same all the time.”
As most high school students, Anderson doesn’t have a crystal clear idea on what he wants to do with his life.
“I don’t really know what I’m going to do. I know that I am going to study math in college, but past that I’m not sure,” said Anderson.