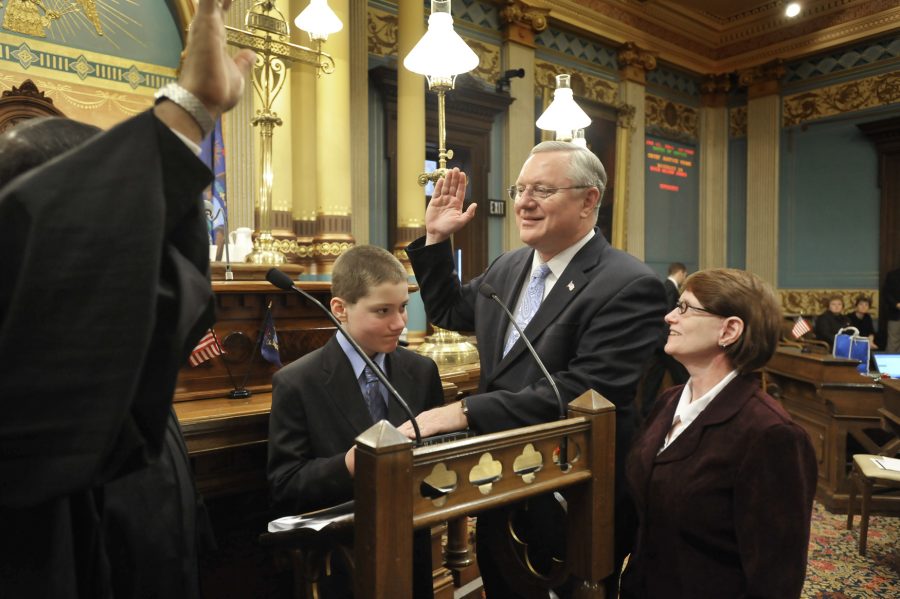 When Mary Beth Tinker was 13 years old, she and a group of students from her school decided to wear black armbands to school to protest the Vietnam War. When the school board got wind of the students’ plans to protest they passed a preemptive ban. Despite the ban, Mary Beth and over two dozen other students wore their arm bands to school on December 16, 1965.
The board singled out five students, including Mary Beth, for punishment. The five were suspended and told that their suspension would continue until they stopped wearing the armbands to school. After Christmas break, all the students returned without armbands, but they wore black clothing to protest for the rest of the school year.
Unwilling to let the censorship go, the students and their families began a four year long court battle, represented by the American Civil Liberties Union, known as Tinker v. Des Moines Independent Community School District. The resulting ruling made by the Supreme Court came to be known as the “Tinker Standard.” According to the ruling, administrators could only prohibit student expression if there was evidence that the expression would cause disruption to the school or the rights of others. The Tinker Standard has been applied to all forms of free speech on school grounds over the years, including school newspapers. (American Civil Liberties Union)
For years the “Tinker Standard” protected student journalists from senseless censorship. In January 1988, the Supreme Court handed down their final ruling on the case, Hazelwood School District v. Kuhlmeier. The students of Hazelwood East High School had been fighting against administrator’s decision to censor articles they had written about teen pregnancy and the effects of divorce on children. Before the Hazelwood ruling it was rare that administrators won court censorship battles due to the liberal restrictions of the “Tinker Standard.” According to the new “Hazelwood Standard,” if administrators can present a reasonable educational justification for its censorship, that censorship will be allowed. (Scholastic Press)
In the following years, student journalists all over the United States were censored due to the concerns of their administrators. Some administrators went so far as to demand that the students submit their publication for prior review by themselves in order to monitor any causes for censorship. In some cases prior review has been helpful, ensuring that the administrators are able to catch something that may have led to a trickier situation. At other times prior review has simply been an additional hassle for students and administrators. It forces administrators to take time out of their busy schedules to read the entire paper to check for causes of concern, which can also delay the students from reaching their deadline for publication.
On March 8, 2016, Senator Rick Jones introduced Senate Bill 848, known as the “Student Free Press and Civics Readiness Act.” If passed, the bill will make it so that school administrators can not censor student journalists unless their work is untrue, invades the privacy of others, incites students to break the law or school policies or disrupts the orderly operation of the school.
The dramatic shift in censorship is not the only thing the bill could accomplish. It also provides a large amount of job security to journalism advisors, the teachers responsible for guiding student journalists. In Section 6, the bill states that administrators cannot dismiss, or otherwise retaliate against journalism advisors for refusing to act in a manner that would infringe upon a student journalist’s right to engage in conduct that is protected under this act.
The “Student Free Press and Civics Readiness Act” could change student journalism in Michigan for all current and future journalists. Most importantly, it will uphold the First Amendment of the Constitution, the right to freedom of speech.