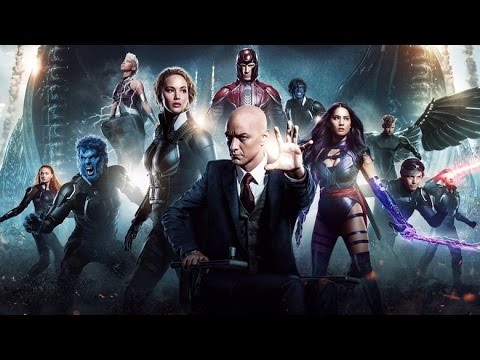 From the first “X-Men” to “X-Men Apocalypse” there have been six different movies in between. These Marvel movies have gone straight through the roof with views and products sold including comics and action figures. “X-Men Apocalypse” was released in theaters on May 27, 2016 which sparked a lot of talk in the comic world. The movie is rated PG-13 for profanity, violence and nudity.
Stan Lee, the chairman of Marvel Comics, has made many great marvel movies but this one, not so much. On Rotten Tomatoes, a website that reviews movies and TV shows, “X-Men Apocalypse” was rated 48 percent and a 7.5 on IMDb. This means that the film did not reach the critics expectations.
Most of the actors for “X-Men Apocalypse” were returning from the fifth film,” X-Men First Class”. Some of the returning actors included James McAvoy as Charles Xavier, Jennifer Lawrence as Mystique and Nicholas Hoult as Beast.
The film picked up right where it left off in the fifth X-Men movie. Charles Xavier is bringing in different mutants back to Xavier’s school for gifted youngsters. On the other side of the world, Moira MacTaggert, who is a geneticist and an expert in mutant affairs opens a tomb that the newest villain, Apocalypse has been in for thousands of years.
Apocalypse is an old Egyptian god who has been in a deep sleep for thousands of years. He has three devoted followers with him until they die trying to give him new life again. Apocalypse goes out on a search to find more followers that will help him conquer the world. After he finds his team of villains, all things go south for the students of Xavier’s school. The new X-Men team gear up to fight the battle of the century against Apocalypse and his team.
I thought this was one of the better X-Men movies in a while due to the non-stop action. It also showed how heros don’t have to be grown-ups. My favorite part in this movie was when they were having the main battle and you got to see all of the new mutants. The disappointment in this movie was that they didn’t show much of Wolverine. He was in the film for no more than five minutes.
This was an action packed movie that is very intense. It may not be a good movie for families with young children due to inappropriate language and a lot of violence.
Marvel made a total of $180 million on the four day opening weekend of Memorial Day. This film was a disappointment to many but still a good film because it had great graphics and new characters. The next X-Men movie that will come out in 2017 is “Wolverine 3.”