Loy Norrix Mourns the Loss of Another Fallen Knight 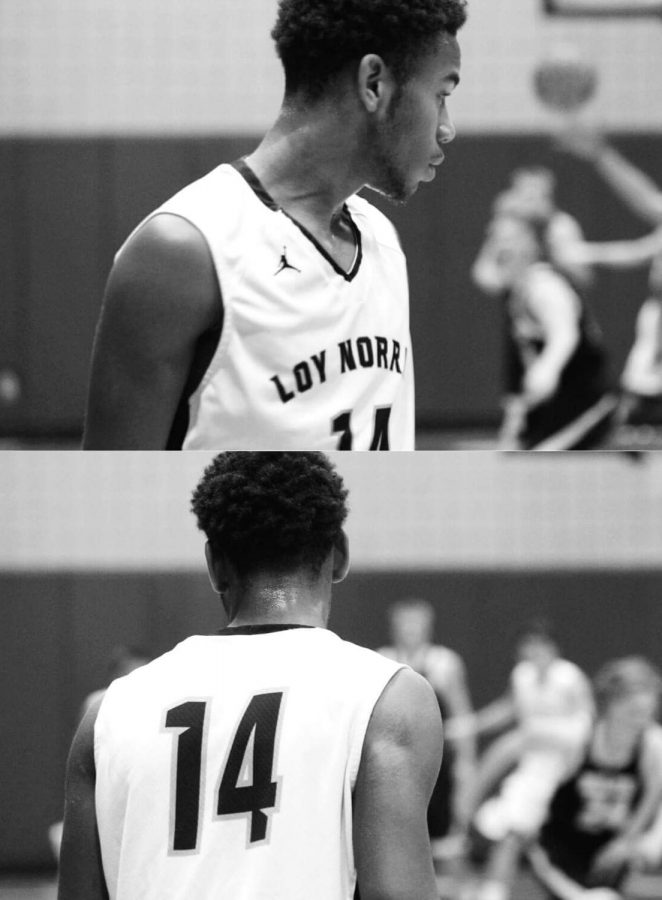 Daquarion “DQ” Hunter, 9/16/1998 – 9/5/2016
Loy Norrix Alumni and resident of Kalamazoo, Daquarion “DQ” Hunter, has left us sooner than we expected, days before his 18th birthday.
Monday, September 5th around 9 p.m. a tragic accident took place in an alleyway in the Kalamazoo Edison Neighborhood. DQ and a group of friends were walking down the alleyway when one of his friends accidentally shot and killed him. Moments later, the friend turned the gun on himself.
One of DQ’s closest friends, Armonte “Nano” Tolbert, was there to hold him as he passed. Tolbert chose not to speak on the death of his best friend. Another friend of DQ’s, Timothy “Tim” Whittaker wasn’t present at the time of the accident; however, he was willing to share about his friend’s death.
“He was a funny guy, you could always go around him if you wanted a laugh,” said Whittaker.
Days after the death, DaQuary Blanks, also one of DQ’s close friends, posted a mournful statement on Facebook that reflects how all of DQ’s friends and family feel about what happened.
“Honestly I don’t know what to feel,” said Blanks. “It seems like a nightmare I haven’t woke up from yet….”
DQ’s funeral took place the day of his birthday, September 16th. Many people attended, sharing their memories of his greatness and appreciation for him, as well as paying homage to his family. During the funeral, about ten people, including three members of the Loy Norrix football team, spoke of DQ’s character and how he changed their lives. Steve Kreider, DQ’s mentor, spoke of many memories the two shared.
An especially significant quote from DQ himself seemed to catch everyone’s attention: “Never give up, because your time to shine will come.” The quote touched a large amount of DQ’s friends and family because no matter the time or place, it was always Daquarion’s time to shine.