The River Church Reaches Out to Help Grieving Families 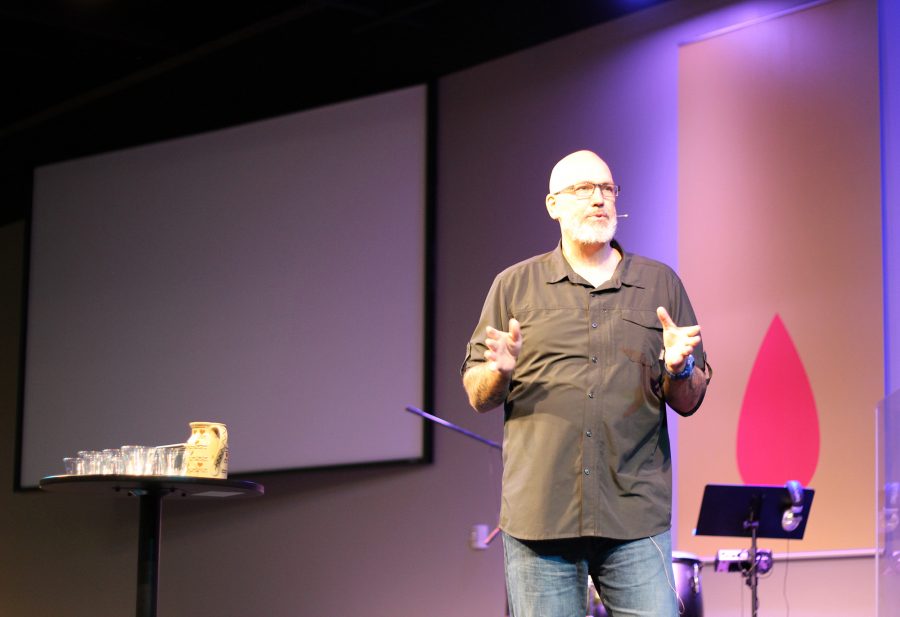 The Kalamazoo community was consumed with grief on the night of September 5th when two young men were killed in a tragic accident. Daquarion (DQ) Hunter and Marsavious (Savie) Frazier were both well known by the KPS community and active in their schools of Loy Norrix and Phoenix respectively.
Out of this disaster came an opportunity for the Kalamazoo community to come together  and help the families of these young men. Community members united to support the family and friends of DQ and Savie by hosting memorial services and other events, including a major donation made by The River church and its congregation.
The River church located at 517 Walbridge St. Kalamazoo, MI, has been in existence for twelve years and was started by Pastor Rob Link, his wife, Aristy Link, and 59 of their friends. Now an average of 850 people attend service every Sunday.
“When we heard about the tragedy, we brainstormed ideas of how we could be helpful. Someone threw out the idea of paying for the funerals and we thought that it was impossible, since our church is made up of predominantly homeless people and college students,” said lead pastor Rob Link, “but we decided to do it anyway.”
Pastor Rob found out about this sad event through his sons, Max and Jake Link, who knew DQ and Savie. The following Sunday Pastor Rob went to his congregation and told them about what happened. He also shared a video his son, Jake Link, made of his and DQ’s time together on the football team. This encouraged the people of the church to donate money to give to the families of both boys.
At Sunday service, Pastor Rob put a jar in the front of the room and asked for people to donate. Even though the boys were not well known by the church, the congregation still raised $12,000 to give to the families. This was enough to cover almost all the costs of the funerals, but $800 more was paid for by the church staff. The church also does a “grace giving” twice a year where they set up the jar and raise money. Earlier this year they raised $16,000 for the Gospel Mission.
“I am very grateful and feel very blessed for having received the donation. I’m sure Daquarion would have appreciated every penny, from the smallest amount to the largest,” said Daquarion’s mother, Mable Hunter.