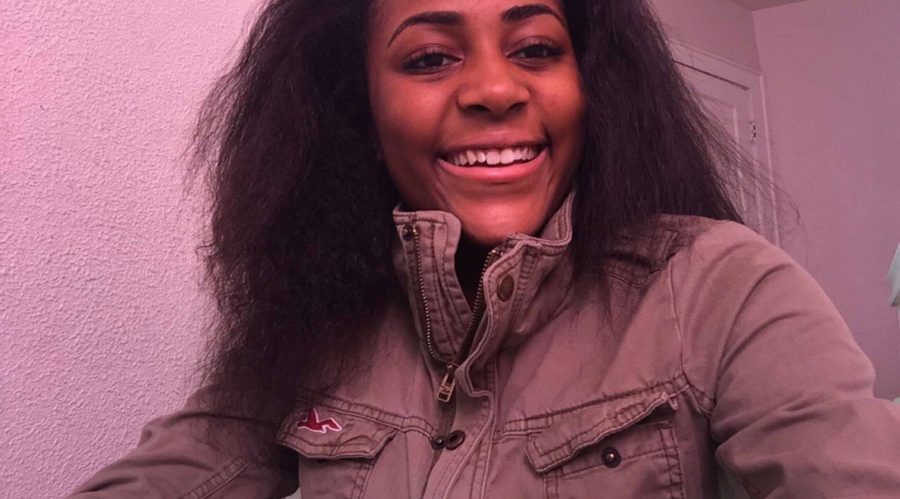 Jaela Jordan, February 10th, 1999 – September 12th, 2016
Jaela Jordan, a Kalamazoo resident, passed away on September 12th, 2016. Jaela was a part of many Loy Norrix students’ lives. She left us too soon, but her time with us will never be forgotten.
“There was never a dull moment when it came to Jaela. Ever,” Loy Norrix junior Jasmine Huyck reflected on their time together. “She always made you smile or made sure you were happy.”
Jaela died suddenly in Kalamazoo, in the early hours of September 12th. Her family prefers to keep the cause of death private. She was a senior at Phoenix High School and attended Loy Norrix her freshman year. She also attended Parkwood Upjohn Elementary and Milwood Middle School.
A candlelight vigil was held in her honor on the evening of September 14th at Phoenix High School. Her friends and family brought gifts and messages written for her.  Paper lanterns were released in her honor.
A separate vigil was also held on September 14th at Jaela’s favorite spot, Woods Lake, with only her close friends and family attending.
Jaela’s memorial was held on September 15th at Second Baptist Church in Kalamazoo. Her friends talked about their favorite memories of Jaela and paid their respects to her family.
A visitation and service were held on the 16th and 17th. Both were held in Detroit, her hometown. The night of September 17th, a firework show was put on in honor of Jaela. Close friend Claire Khabeiry, a Loy Norrix senior spoke of her funeral.
“That was probably the saddest thing I ever went to in my life. I walked into the room, and I had to walk out because it was hard to breathe. She [Jaela] looked like the most beautiful angel in the world lying there in her casket,” said Khabeiry.
Jaela impacted so many students at Loy Norrix, as well as many students at Phoenix. The community continues to mourn her loss and she will never be forgotten.
“She was one of the happiest souls I’ve ever met,” expressed Huyck. “She had it hard, but she always managed to be so happy.”
A small obituary was printed in the first issue of Knight Life, and it contained incorrect information about Jaela’s date of death. The Knight Life Staff would like to apologize for the mistake and retract the incorrect date.
Delete Image
Align Left
Align Center
Align Right
Align Left
Align Center
Delete Heading