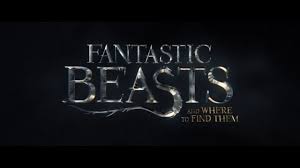 For all those who love the Harry Potter franchise, there’s another new addition to JK Rowling’s Wizarding World. “Fantastic Beasts and Where to Find Them” is the latest installment  in the world of Harry Potter. However, this story features an entirely new cast of characters. Taking place in the 1920s in the American magic community, it follows collector of young magical creatures and Hogwarts (the British school for wizardry) dropout, Newt Scamander, played by Eddie Redmayne, as he travels into the foreign land. He is accompanied by a disgraced official Perpertina Goldstein, played by Katherine Watson, her sister Queenie Goldstein, played by Fine Frenzy, and muggle entrepreneur Jacob Kowalski, played by Dan Fogler.
This unlikely group of individuals who hardly know each other have to work together to catch a multitude of magical beasts that have escaped from Scamander’s possession. To do this, they must dodge officials from the American version of Britain’s Ministry of Magic who are trying to maintain their strict statute of secrecy. The American wizards forbid interaction with muggles, or, as they call them, no-maj’s. This is far different from the rules we have come to know from the Harry Potter series, where there are even marriages between those with and without magic.
While it doesn’t play a large role in the film, there is a looming threat found in  Gellert Grindelwald. Grindelwald, as many Potter fans know, was a childhood friend of Albus Dumbledore, Hogwarts’ headmaster, who terrorized the wizarding world a generation before we met Tom Riddle, the man who faces young Harry Potter as Lord Voldemort, a notorious villain.
As per usual, filmmakers did an amazing job at actualizing the fantastic creatures that Rowling’s world has brought us. The story pulls you in and leaves you wanting more. After seeing this movie, you find yourself wanting to know and see more of what this new series has to offer.
The American setting, while off-putting at first to those who are used to seeing Rowling’s work set in the United Kingdom, is a great change of pace as the wizarding communities in the respective areas are far different from one another. It is definitely a film that piques one’s curiosity.
Rowling has surely outdone herself in satisfying her fans’ hunger for another look into her magical universe. This is a must see movie for those who love her past works as well as anyone  looking for an exciting and intriguing film.