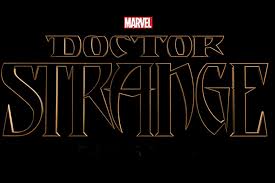 The latest installment to the Marvel Superhero Universe features the highly anticipated entrance of Benedict Cumberbatch to the fold. He plays Doctor Stephen Strange, a renowned, wealthy neurosurgeon, who is very self absorbed and confident in his abilities. In a humbling accident, Strange loses his ability to practice surgery in a debilitating car crash sustained on his way to a benefit in his honor.
Strange then goes on a journey to find a way to restore his surgical abilities by any means necessary. He goes through multiple procedures and surgeries to try and rectify his condition, employing his own intellectual prowess to research a way to fix his abilities. He then finds himself on the other side of the world seeking a spiritual solution, which goes against his own very logical way of thinking. His journey leads him to the discovery of a whole new world, or rather, a whole new way of looking at the world.
Strange realizes that he has abilities far beyond what he thought was previously possible and finds himself directly involved in a conflict that he doesn’t fully understand. As he delves deeper into the study of his newfound powers, his power grows and his cocky nature causes him to bite off way more than he can chew.
Filmmakers really outdid themselves with quite literally groundbreaking special effects. The world of Doctor Strange is very complicated and hard to capture, as it shows the world in a brand-new, distorted way. In an era with a lesser technological capability and production quality, creating a product of this caliber would never have been possible. Readers of the comic books can appreciate the accuracy of the movie’s representation of Stephen Strange’s origin.
The movie is a very interesting change of pace in the Marvel Universe that is normally predicated on hard-hitting heroes, not those with a spiritual element. The film shows more of the spirit world and the goings on of the world that the common eye may not see, it’s an interesting topic. “Doctor Strange” makes you think and challenges the way you see the world. The movie quite literally distorts reality in a way that is hard to comprehend if you aren’t totally paying attention. You have to concentrate to properly understand and appreciate a movie like this, a movie that challenges all notions that you previously had on the world.
The acting in the film was fantastic, Cumberbatch was phenomenal is his portrayal of Stephen Strange. He expertly utilized his experience in playing a cocky character that he gained in past works, primarily the popular BBC show, “Sherlock”.
The costume work was very subtle as you see Strange’s transformation from suave man of social standing, to a broken man, to a powerful sorcerer of sorts. It’s not something that you really notice at first glance, as you don’t really notice costume work in a movie if you aren’t looking for it.
Doctor Strange is a must-see for those who are interested in superhero movies.  Even those who are just looking for an action packed movie would enjoy this film. The special effects work is truly a masterpiece for those who really appreciate the production value of a film. Filmmakers really capture the difficult concepts that are associated with Doctor Strange.
It is also a movie that captures the emotion of a broken desperate man. You know that a movie is powerful when you find yourself empathizing with characters and their struggles.