Becoming Adjusted to Loy Norrix: The Class of 2015 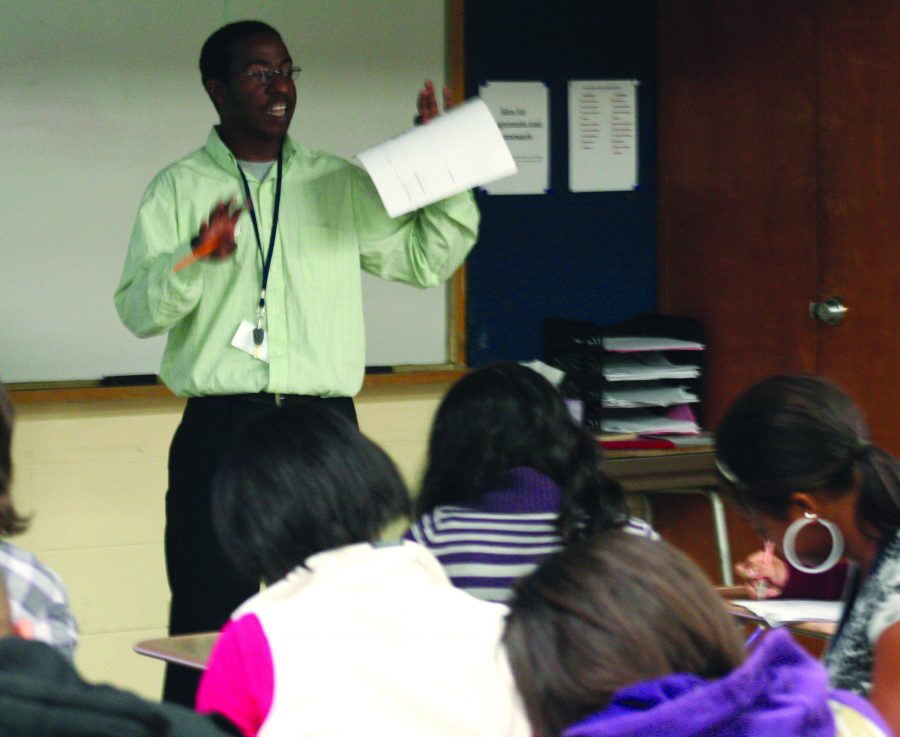 New math teacher, Cohen Sanqster, has similar feelings as the freshmen do, nerves and excitement. Photo by Daniela Paz

Hannah Muscara came from Kazoo School with a class size of six people. Imagine how much of a shock she was in when she came to Loy Norrix and there were 30 or more people in a class compared to 6.

“The school is really big,” Sara Schmidtke a freshman at Loy Norrix said.

She also had the same reply and she want to Milwood Middle School, a Kalamazoo Public School. But whether you come from a public, private, or charter school that is the main response you get.

There are many pros and cons teens mention about transferring into the new environment at Loy Norrix.  Pros such as more interactions with people wand programs and there is a lot of AP classes.  Some cons would be, the hallways are too crowded, it is hard to focus and there are more fake people.

This transition in Loy Norrix is not an easy process.

“It has been hard and I’m still working on it,” Daquary Aquirre said.

Many freshman feel just like this. It isn’t easy being at the bottom of the food chain.