A Look at What's Grinding The Gears of Loy Norrix 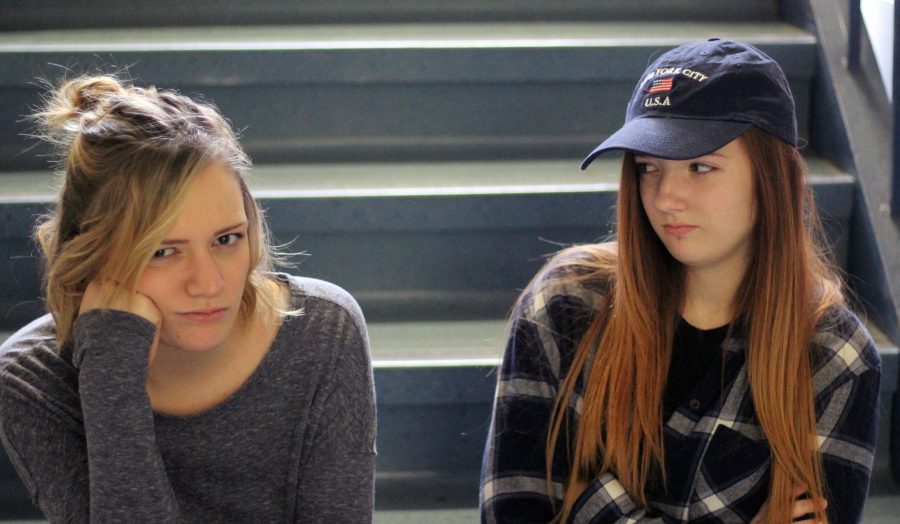 Everyone has little things that makes their eye twitch and inspire rage in every fiber of their being. For some, those things are as tiny as a tap of the foot or the clicking of a pen. And for others, it can just be the attitude or body language of an individual. Regardless of the size of the indiscretion, the anger that they create is very real. Here’s a glimpse of the things that grind the gears of Loy Norrix students and faculty.
“People who are unhappy with where they are in life and just complain about it rather than do anything to change it,” said senior Olivia Mears.
“People who care too much about their reputation,” said junior Amarra Lyons.
“When people assume that something is easy to do when they have never tried to do it themselves. It’s simply arrogant,” said sophomore Rowan Mathieson.
“When people spit in the garbage cans, it’s so gross, I can’t stand it,” said campus security officer Jacqueline Hampton.
“When people speak on issues that they are uninformed about,” said senior Alex Wallace.
“When people share everything about themselves during class,” said junior Alex Vonhof.
“People chewing gum obnoxiously,” said freshman Audrey Dunton.
“When people make weird noises with their mouths,” said freshman Regan Dillon.
“When guys sag with a belt on,” said sophomore Tyanna Heffernan.
Delete Image
Align Left
Align Center
Align Right
Align Left
Align Center
Delete Heading