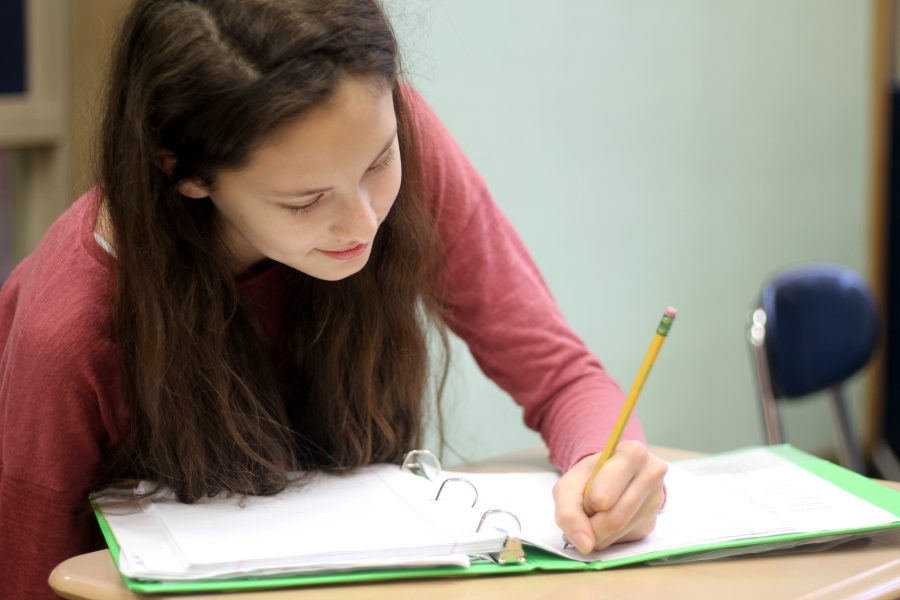 GUEST WRITER: Ciera Mcclenton-Langston
It was the last day of the school year at Edwardsburg Public School. Freshman Marissa Jacquez came home in a state of excitement. She ran around the house like a mad man, making sure to stop by her brother’s room to tease him about the fact that he now had to move out and get a job. Finally, Jacquez settled on their family’s big green fuzzy couch. Little did she know, her day, calm and surreal, was about to come to a crashing halt when her mom made the announcement.
Jacquez was just out of the sixth grade when her mother told her they were moving. By this time, all her siblings were out of the house. She would have to take on the new town of Kalamazoo alone. It brought in a refreshing feel to her life. She was actually glad her mom finally decided to move her. Her mother had been complaining about their “boring” town of Edwardsburg for years.
Jacquez, looking back on her experiences, is glad she was able to get out of a town with such a negative atmosphere. To her, her time in Edwardsburg felt like a stereotypical teenage drama, and not the good type.
She felt as though every decision she made gained backlash from her peers. As a result, she faced self-esteem issues at her old school.
“You couldn’t be too skinny, you couldn’t be too fat. You had to be the perfect size and complexion,” said Jacquez.
Jacquez’s mother was a social worker and her sister suffered from depression. Jacquez feels that because of this she was humbled and didn’t turn out to be like the people of her old town who she resented so much.
“Everyone was judgemental,” said Jacquez.
She grew up around bullies and neighbors who judged. They were in her classes, her neighborhood and every other aspect of her life. Jacquez resented her classmates because she felt like they were all bullies, judging and teasing people for things they couldn’t change, like their physical appearance or their financial state. She never considered herself to be one of those people. She saw a chance to be around more positive people when she moved to Kalamazoo.
The city of Kalamazoo is very diverse in comparison to the town Jacquez is from. She feels like a more diverse town fits her better. She said that in her school she was the second darkest student, besides one black student. She says the majority of the people were white with blue/brown eyes and blonde hair.
Jacquez herself is a mix of races, some of which include Irish, Scottish and Hispanic. Now she likes that when she comes to school, she can see more than just “white faces.”
“My favorite part of being here,” Jacquez said, “is getting to see so much color.”
Delete Image
Align Left
Align Center
Align Right
Align Left
Align Center
Delete Heading