Bowling Their Way to a New Championship Banner 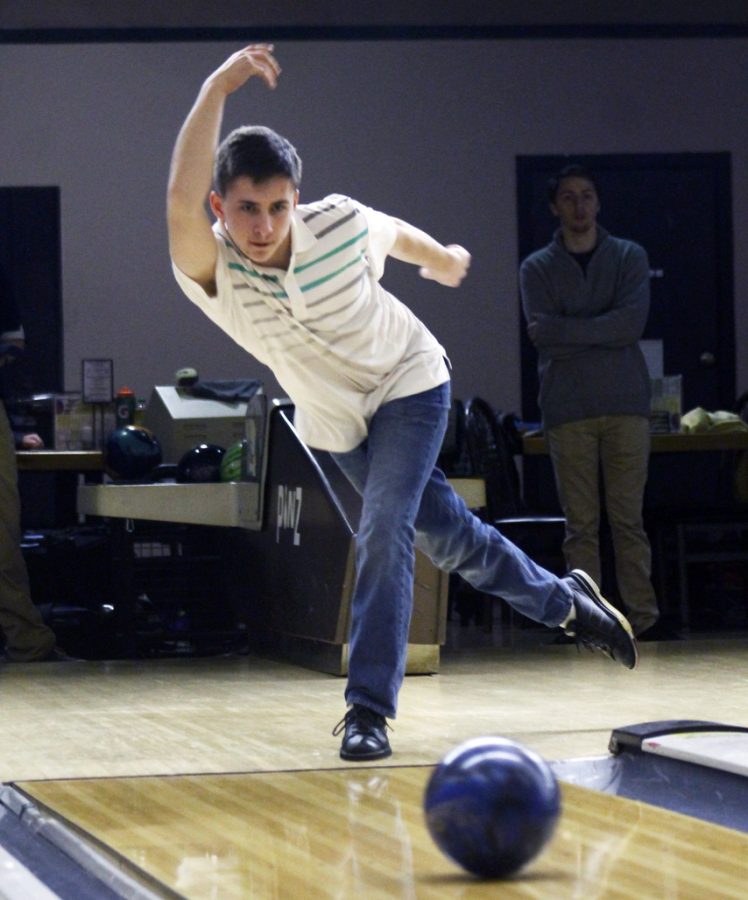 The 2016-2017 Loy Norrix Men’s Bowling team will be raising a conference championship banner after they complete their season. The bowlers just capped a conference title win over the Portage Northern Huskies and are ranked third in the state.
Led by junior Trevor Morgan and seniors Connor Thomas and Nick Reed, the Knights almost achieved perfection this season, their only blemish being in their loss against the Huskies, who are ranked ninth in the state, at the end of the season. This is the program’s third conference championship.
The bowling team often flies under the radar as it is one of the less flashy sports played at Loy Norrix. Regardless of the lack of publicity that the team had, their talent and accomplishments show through. A conference champion in any sport at Loy Norrix is a rarity and the bowlers have managed this great feat almost flawlessly.
Bowling is a relatively new sport at Loy Norrix. It was a long time club sport before becoming an official team sport in 2006. They compete and practice at Pinz, a local bowling alley off Stadium Drive. The bowlers make the trip to the bowling alley everyday to practice and polish their technique. Bowling is a team sport where teammates play frames and their added scores are compared to the competing teams.
The bowlers will be able to look back on this run as a memorable one for quite some time. For seniors like Thomas, it was a great way to go out.
“[My best memory was] beating Portage Northern, they were our only real competition and it felt good to come out on top,” said Thomas.
The team could repeat their success next year as most of the team members will return, including junior and leader, Trevor Morgan. Morgan is a three year letterman and fell just 5 spots short of a berth in the state finals as a sophomore last season. He emphasizes the need for team chemistry in ensuring success.
“It’s very important, if we didn’t gel as a team, we wouldn’t be where we are. It’s a team sport and we have to work together and win as a team,” said Morgan.
The pivotal moment of the season was their loss to the Huskies and the subsequent tiebreaker win over them for the conference title. It was a moment of adversity for this young team. The feat was all the more difficult, considering that these matches were back-to-back on the same day.
“It was very difficult. We had a team meeting and got our confidence back. We knew what we had to do and we went out and did it,” said Morgan.
They more than bounced back with a sweep of the Huskies in the tiebreaking best two out of three roll off, a type of shootout, to secure the title. They will now compete at the regional level in Lansing to secure a spot in the state finals. The Huskies  will be there to compete for a spot as well.