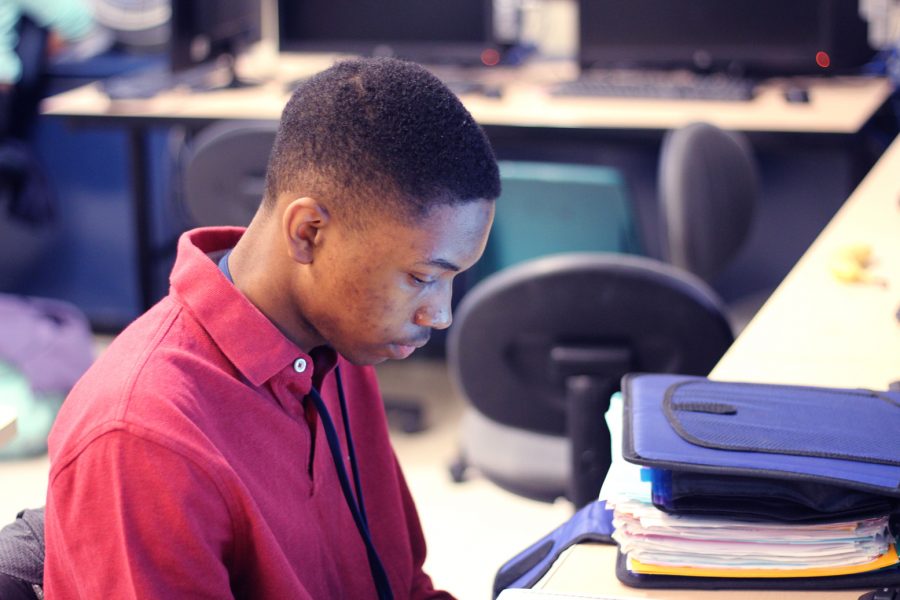 
Playing a sport can have a lot of effects on your grades. Some are good, some are bad, but choosing what is best for you is a decision that you have to make. Branden Bettison is currently a sophomore at Loy Norrix High School. Last year you may have seen him with the number 14 on his back, but this year, he doesn’t wear a jersey. In the 2015-2016 school year, Bettison played basketball for the Loy Norrix freshmen squad. Bettison was always interested in basketball as a kid, so he decided to try out for the team.
A 6th man is a player that is the best at coming off the bench. Second to the starters, he or she gets the most minutes. As the 6th man of the team, Bettison played an important role in the team’s success. Without a great 6th man, a basketball team’s success would be limited.
Unfortunately, Loy Norrix is in a rebuilding process as the team couldn’t seem to win many games due to low team chemistry. Team chemistry can predict how well the team will play as a whole. Teams with great team chemistry usually go on to win more games.
The freshmen team didn’t have a lot of team chemistry though, as many of them were playing together for the first time, which can be rough. The freshmen only won 2 games against Coldwater and Battle Creek Central. Bettison believes that his team could have had a lot more success.
“We never played to our full potential,” said Bettison.
Sadly, Bettison and his team put a huge effort into practice with very little success as a result. Everyday after school, and even on the weekends, those boys pushed to be the best that they could be, but on the court they couldn’t get it done. Just like 2 out of 3 student athletes around the world, practice wore out Bettison, and all of the running had exhausted him.
“After practice I felt relieved to go home,” Bettison said.
Basketball had a mental effect on Bettison as well, making him feel more important and responsible, but then Bettison asked himself, “Do I really want to continue?”
Seeing that basketball may not be his future, Bettison decided not to play, and to take some time off for school and to improve his education.
So, it became official, for at least his sophomore year, Bettison wouldn’t interest himself in basketball, and he would just work on his education. So far, Bettison’s grades have increased for his efforts on being more focused. According to the website “Heritage,” spending more time on school than on distractions dramatically improves academic achievement.
Bettison went from playing every day to just enough to keep himself in shape, as he plays only a few hours a week compared to everyday after school. Being active is very important in a child’s life. It also allows Bettison to have fun at the same time. If Bettison feels like going back to wearing number 14, he’ll still keep school as his top priority, as he knows and understands that playing a sport can have a negative effect on your academic performance.
Delete Image
Align Left
Align Center
Align Right
Align Left
Align Center
Delete Heading