As you walk the hallways of Loy Norrix you will hear a lot of students coughing, sneezing or blowing their noses. Looking over your shoulder while you’re sitting in class you may see swollen and runny noses, watery eyes or maybe even empty seats. Whether it’s influenza, strep throat or a common cold, many students tend to shrug it off and come to school without realizing this may cause other students to become sick.
According to Centers for Disease Control and Prevention, a website dedicated to talking about illnesses and treatments, flu germs can spread to a person 6 feet away. The flu is mostly spread from coughing, sneezing or talking. Bacteria could land in a person’s mouth or nose nearby or be inhaled. Someone could get germs just by touching surfaces or objects that have the flu bacteria on it.
As the flu grows more serious even KPS schools closed Friday, February 24, to disinfect the facilities after over 1,900 students in the district were absent from school the day before.
Many students don’t cover their mouths when they cough or sneeze. When this happens germs then can be inhaled or land on surfaces. Students may pick up the bacteria after touching surfaces or sharing items that have bacteria on them passed from coughing or sneezing. This is an easy way to get other students ill.
“It is important to cover your mouth when you cough or sneeze so your germs are more contained,” said junior Stormie Perkins. 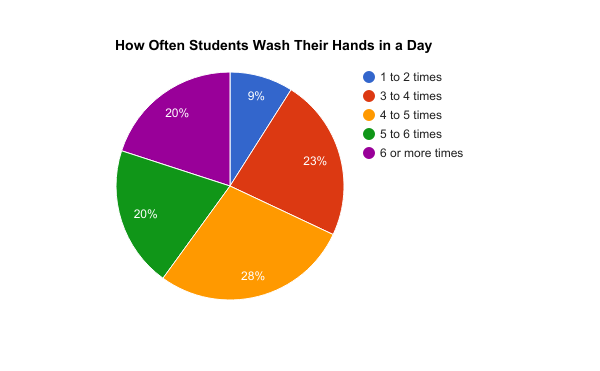 According to Centers for Disease Control and Prevention, some of the best ways to prevent the flu virus from spreading are to get the flu shot, to stay home when sick and avoid contact with others in general if you’re feeling under the weather. Use a tissue when you sneeze or cough. Wash or sanitize your hands regularly. 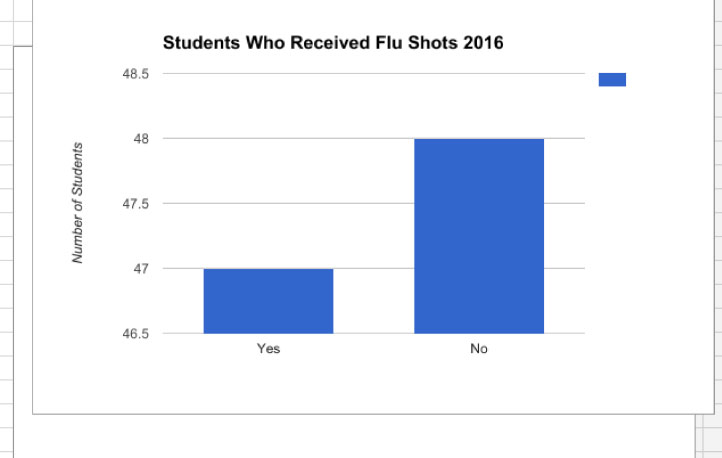 “Using disinfectant and hand sanitizer is quicker than washing your hands and protects against germs,” said Perkins.
Everyone knows coming to school sick contaminates others, but many students think that missing a day and trying to catch-up is not worth it, according to Inklings.
Some students attend school when they’re sick because they don’t want the absences or they play a sport. Students think that a cold isn’t much of a reason to miss school or they feel that they aren’t too sick to miss an entire day. Students will also attend school despite their illness because they don’t want to miss work, tests or they have a hard time getting caught up and don’t want to fall behind.
“If you miss a day, teachers won’t wait for you then you worry about missing important notes and assignments that teachers don’t have time to help you get caught up on,” said senior Vanessa Rodriguez.
Teachers have to focus on teaching their other students and don’t have much time to get the student caught up. School work then piles onto missing work, making it harder for students. Students then fall behind and become stressed out.
“Being gone a lot is a problem. It takes a lot of work because we move so fast,” said algebra teacher Alex Stephens.
While having a lot of absences tends to make it hard to get caught up and may cause you to fall behind, coming to school ill shouldn’t be an option. The temporary stress is much less costly than coming to school and getting others sick. Whether it’s a cold or a flu, taking caution keeps other students well and at school.
Parents can also have a big influence on the reasons their child attends school sick. Parents could have to work and taking the day off isn’t an option. They don’t want their child to miss too much school or they don’t want their child falling behind on their school work. Some parents don’t think their child should miss a whole day over a little cold or flu-like symptoms.
“They have to have a fever or be crying,” said team teacher Jennie Ko in regards to when she will allow her teenage daughter to stay home sick.
With many new illnesses going around schools, some parents will often pick up their child or call them in sick.
“On average 40 calls a day, 25 hundred so far,” said office secretary Tyler Kuehl in estimate of students calling in sick as of the end of January.
The number of students calling home and calling in at Loy Norrix is currently high. This number may increase as the number of sick students increases. Staying home while sick will help stop the flu virus from spreading to others.