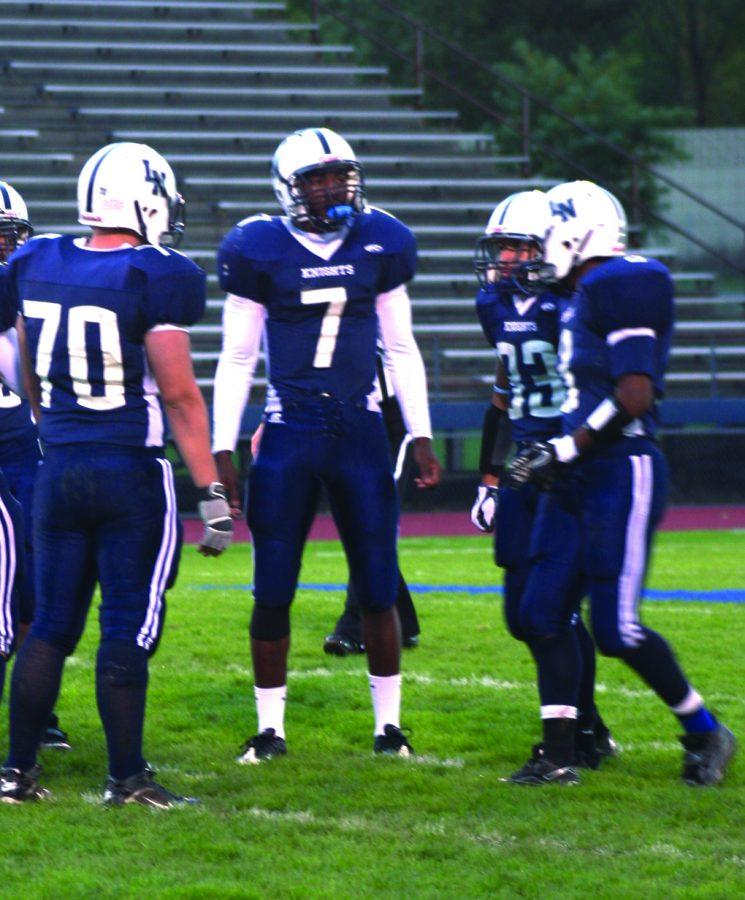 Cunningham received word that he was named to the Division Two All State Football Team in the Detroit Free Press.

“It was a big confidence boost for me,” said Cunningham.

Cunningham started playing football at age seven. After a season of football he knew this was the sport for him.  He looked up to his collegiate football dad, who played at Western Michigan University. Cunningham wants to be just like his dad and he is getting ready to fulfill that wish.

Before joining the Loy Norrix Knights he played at Hillside Middle School and Kalamazoo Central High School. Now that Cunningham is at Loy Norrix, his name appears in the record books.

This is only the second time in Loy Norrix history an athlete in football has been honored with an All State Award. T.J. Duckett, in 1999, was the first Loy Norrix football player to be named to the All-State Team.  Duckett went on to play in college at Michigan State University and eventually was drafted by the Atlantic Falcons in the 2002 NFL Draft.

Cunningham plans to leave the state of Michigan in hopes of playing at Florida State University. He is going to pursue a degree in Business Management while there at the university. His goal is to be drafted into the NFL where he can make his dream a reality.

“[I am] grateful to be part of Loy Norrix and history,” said Cunningham.