Senior Video: What's Behind the Camera 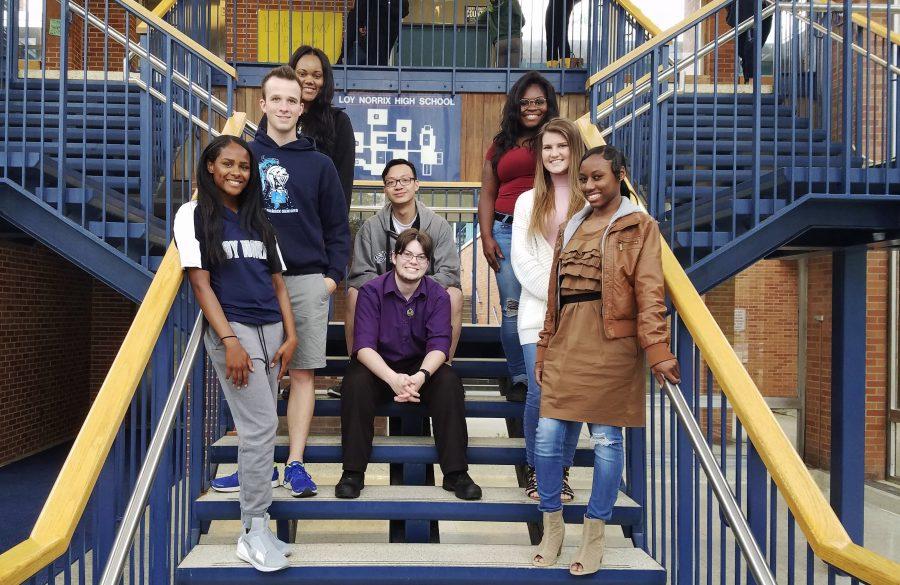 The senior video is one of the most memorable, most anticipated parts of the graduation ceremony. Senior videos are reminiscent and emotional. When the seniors view moments from the past four years of high school, tears well up in their eyes and they laugh ’till their stomach hurts as memories come flooding into the foreground of their busy, incessantly moving brains. They remember freshman year as they see a group picture during a PeaceJam pumpkin painting party, a picture of them at a candlelight vigil for Chhay Wong during junior year or a video of them participating in the Ice Bucket Challenge. The video is able to bring people to tears because of a talented group of people who have been working on it since freshman year.
The senior video crew is composed of many members with different and specialized jobs, all of whom contribute to the effectiveness of the final video.
First there is the Director of the Cabinet, Destiny Mabon. She organizes all of the events and shoot days that you see and participate in during the school day or even after school. She is the one that is in control of what happens, when it happens and how it will be put into action during a shoot.
“Having this opportunity to put together and be the Cabinet Director for this senior video, from getting meetings together, to scheduling many events to film or cover, has been really emotional. I really want this video to be the best it can possibly be for us seniors. Class of 2017!” said Mabon.
The director has a lot on her plate during the planning and shooting of the video and that is what the Assistant Director (AD) Maxwell Neeley is for. He is truly the jack of all trades. He does not specialize in one thing like cameras or editing. He specializes in everything. He is the go-to guy when something needs to be done.
“The main thing is trying to organize everybody, the camera and the other students. It has been interesting … especially with doing the challenges,” said Neeley. “Overall, I don’t think that it has been too difficult of a process, but it has been fun.”
After the director and the AD come up with an idea, they go to the Director of Photography (DP), me. The DP is the person who is in charge of all of the hardware; cameras, lights, reflectors and diffusers. The DP is the one who is in charge of what is in frame for the cameras. Thinking about the angle of the shot, where the camera is placed, and the placement of the lights are all aspects of the DP’s job. They talk to me about the logistics for how we are going to get the shot we need.
After we get most of the footage, we send all of it over to the the Chief Editor, Chris Zheng, who is in charge of the post production phase of the video. He oversees the editing of each sequence or piece of the video. His main focus is making sure that each sequence flows, moves and transitions through the piece smoothly and that the idea stays coherent.
“Working on the senior video is both stressful and rewarding. It’s a huge project with a lot of components, but communicating with people is a great experience,” said Zheng.
The crew members include everyone that comes to the meetings and helps to come up with ideas and people that want to be involved in the production process. These people are some of the most important because they give a viewpoint on things that can totally change the dynamic of the video and the way the video works.
The senior video is not just a bunch of footage thrown together last minute. There have been months of planning, even more in shooting and editing. Everything has been carefully thought out and executed by the people who have taken so much time out of their busy senior year schedules to craft this one big piece of footage that sums up our time at Loy Norrix High School.
Thank you to all of the people who have helped out with the senior video. You are all amazing and you have done great work to make this idea into reality.
Delete Image
Align Left
Align Center
Align Right
Align Left
Align Center
Delete Heading