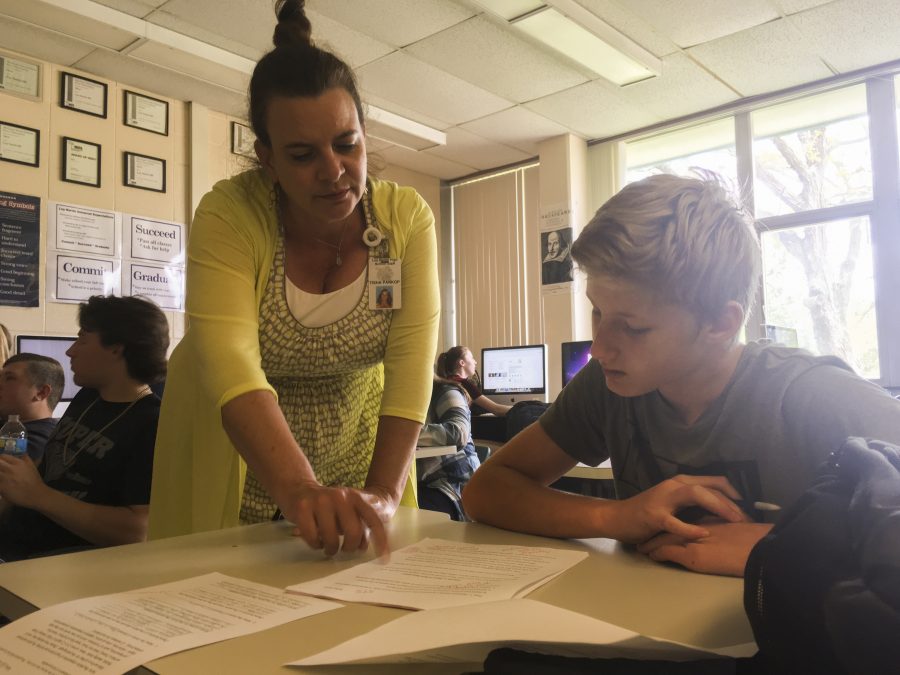 Bailey James in Advanced Journalism being taught by Ms. Pankop.


Like many high schoolers, Bailey James enjoys something that isn’t necessarily healthy. However, it’s something you might not expect: physical activity.
Bailey was diagnosed with cardiomegaly, a condition more commonly known as an enlarged heart, shortly after he was born. This means his heart often can’t properly pump blood to and from his lungs, making even mundane things like exercising a dance with death.
The exact rate of cardiomegaly occurrence isn’t known, although it’s usually inherited from one’s parents. The condition causes myocardial tissue to stretch excessively, tearing the heart muscles apart. This gives the heart a bloated appearance, the conditions namesake. When this happens, the heart can’t contract fully, and thus respiration cannot occur, manifesting as intense pain and shortness of breath.
“My heart’s not supposed to beat as fast as it does,” said Bailey, describing his condition. “It tries to work harder, it stings, I can feel it.”
Despite his condition, Bailey is still an avid athlete and enjoys activities like martial arts.
“I still do a lot of crazy stuff,” he jokingly admitted, before adding in a more serious tone, “That probably doesn’t help.”
For Bailey, martial arts are a form of coping with the difficulties of life. It’s something to funnel negativity into, much like other hobbies. Much of that negativity, however, doesn’t directly result from his cardiomegaly; it comes primarily from people telling him to change his lifestyle in response to the condition.
Bailey doesn’t view his enlarged heart as a liability or a reason to limit himself. Instead he sees it as an opportunity, a reason to get up in the morning and do things that someone else might view as “too difficult” or “out of their reach.”
Faced with the possibility of a shortened life, James has decided to make the most of it, and is frustrated with the idea of sitting around and taking no risks that people push on him.
“I’m not trying to die young, I’m trying to make sure I’ve lived my life,” Bailey explained.
Delete Image
Align Left
Align Center
Align Right
Align Left
Align Center
Delete Heading