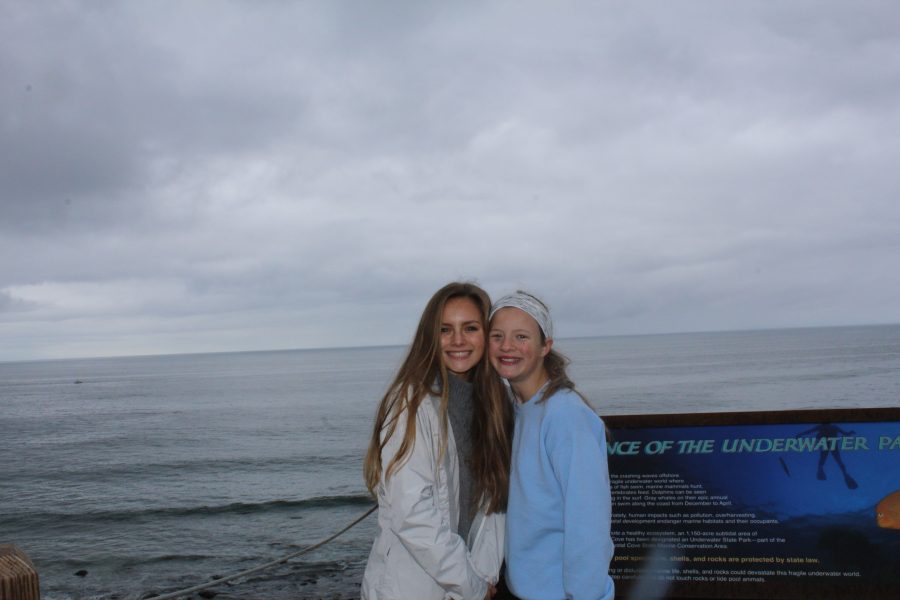 
“My mom loves to travel. It’s what we do as a family,” said freshman Ella Schnell.
Schnell has been to Puerto Rico, California, Italy, Florida, Colorado, New York, Pennsylvania, and Virginia. Normally she travels during spring break, winter break, or over the summer because it is the best time for her parents to take off of work.
“I just love the overall feeling of being there [California],” said Schnell with passion in her eyes. “Once you get there, it’s like everyone is just so nice.”
California, a western U.S state, stretches from the Mexican border along the Pacific for nearly 900 miles.
“Where we stayed in California there was a beach really close to us and you could just walk to the beach and get a smoothie,” said Schnell. “You could even drive a few hours and go skiing.”
Schnell has been to California three times, once when she was nine, once at thirteen and most recently she went in February of 2017. When she went to California she stayed in La Jolla, San Diego, and Laguna Beach.
La Jolla is a hilly seaside community within the city of San Diego California, it occupies seven miles of curving coastline along the Pacific Ocean.
According to the U.S Census Bureau, San Diego is the eighth largest city in the United States and the second largest in California. It is located on the Pacific coast of California, which is known for its beaches, parks and warm climate.
Laguna Beach is a small coastal city in Orange County California. It’s known for its many art galleries, coves and beaches.
“Out of all the places I have been, California is my all time favorite,” said Schnell. “I definitely want to live there when I grow up.”
Delete Image
Align Left
Align Center
Align Right
Align Left
Align Center
Delete Heading