What Has Happened to Our Winter? 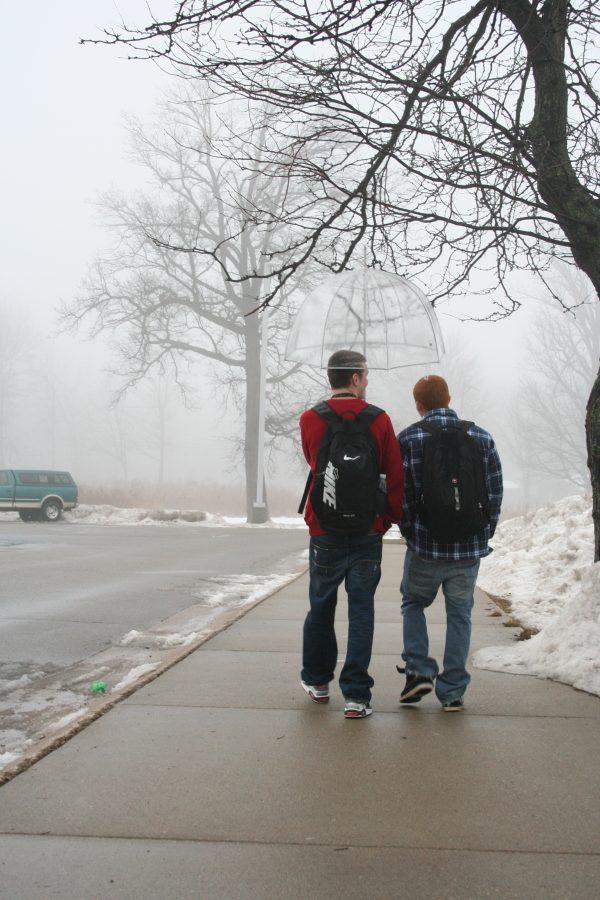 In the past week Kalamazoo has seen a fifty-degree sunny day, over a foot of snow, rain, fog, and again frigid temperatures. We find these weather conditions a little out of place in the first week of January. Where is the beautiful consistent blanket of white that usually visits Michigan this time of year? So far we have had both a green Christmas, and New Year.

Many people do not enjoy these winter months and are happy to see the higher temperatures this time of year, yet this mindset is completely bogus. In this latitude and geographic location, Michigan is designed to have four distinct seasons.

Having this sporadic winter season has been hurting certain businesses around Kalamazoo. Senior Phillip McCrary works as a ski instructor during the winter months. So far, his income has fallen far below his expectations. Bittersweet Ski Area had a low volume of snow during their proposed busiest time of the year, the week from Christmas through the New Year.

“I’ve been listening to a few meteorologists and they reassure that it will still be a heavy winter,” continued McCrary, “However, I’m a skeptic because I see no snow on the ground.”

Phillip McCrary also participates on the varsity ski racing team for Loy Norrix. Unfortunately because of the minimal snowfall, the racing team has had to cancel two races over the past week. “It’s horrible,” said McCrary.

This past weekend from January fourteenth through sixteenth, Kalamazoo received a heavy blanket of lake effect snow, which constituted a closed school day for KPS. Lake effect snow is the phenomenon of a storm system of cold air gathering moisture from the warmer water below (Lake Michigan), and dumping it upon the shoreline.

Overnight on Tuesday January 17th, the temperatures are expected to drop sharply once more as a cold blast falls over southeastern Canada and the Great Lakes region, according to the accuweather website. This winter has been a nasty cycle of unpredictable weather and unsavory road conditions. With temperatures rising quickly in the past few days, Kalamazoo has been shrouded in fog and plagued by mounds of slush as the foot of snow we received still sits on the curbside.

Residents of Kalamazoo should be aware of this threat of freezing rain. It could leave a deceiving layer of ice below a thin coating of snow on the roads, a trap for any distracted or inexperienced drivers, like many young Loy Norrix students.