Music and How It Affects People While Studying 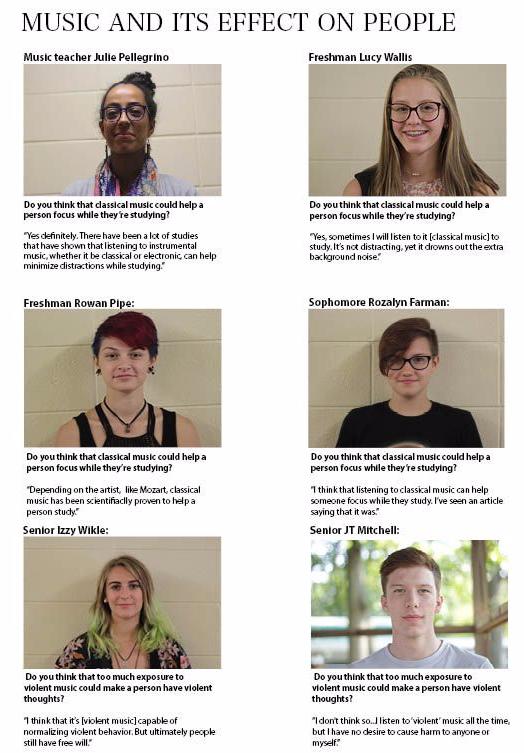 Imagine listening to your favorite song while doing a task. Do you ever stop to wonder whether the music you listen to while studying is beneficial to you?
Throughout the years there have been many different debates on music. Most people see music as beneficial, which it is in most circumstances. But, like most things in life, where there are good things there are usually bad things.
Wolfgang Amadeus Mozart is commonly regarded as one of the most influential figures and composers in the Classical Era. According to the Free Dictionary by Farlex, the Mozart Effect is the theory that listening to classical music, such as Mozart and Beethoven, can help people focus and raise their intelligence. Although this effect has had varying results when tested on different groups of people, it’s still an interesting to see what the effect of music has on students. Most major studies have focused on classical music and it’s effect on the brain, however most students nowadays listen to pop or rap music.
In a study conducted by West Connecticut State University, eleven participants watched a violent music video that contained aggressive behavior as well as degrading behavior towards women, eleven watched a nonviolent music video and eleven participants did not watch any video. The study determined that watching violent music videos makes individuals feel and react in a violent matter, which negatively affects behavior. This study is suggesting that too much exposure to violent music can cause people to have violent thoughts.
Let’s see what people at Norrix think about music and its effect on people.