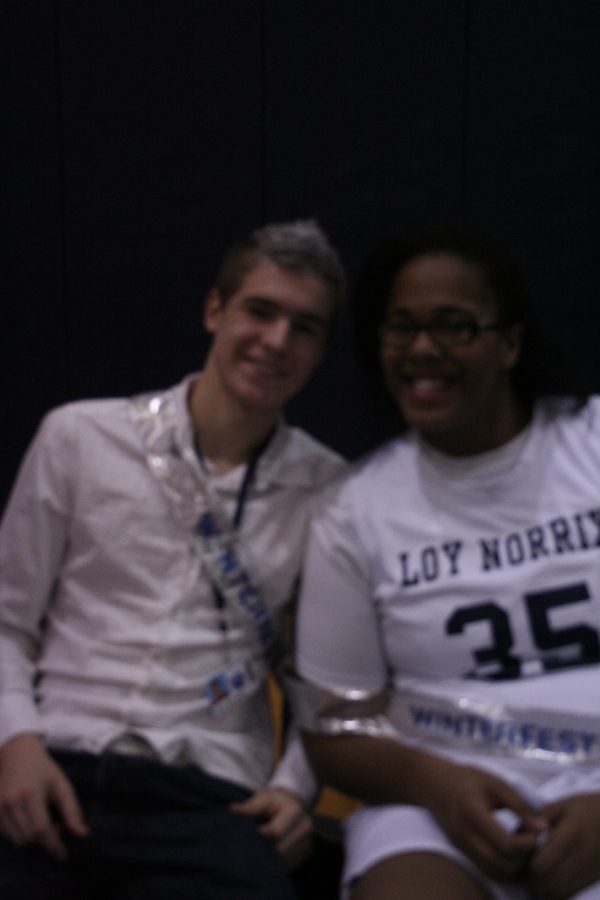 Udo Backes and Ava Gaines sat on the 2011 WinterFest court. Backes and Gaines were seniors at Loy Norrix last year.

As Winterfest quickly approaches, candidates for Winter Court prepare their campaign for the race.  If you are an underclassman (grades 9-11) you spread the word to all your friends that you’re running for Winterfest and tell them to nominate you. During lunch on January 31st, your friends go to the designated table and fill out a form with your name and whomever you may be running with. Then your grades are checked to see if you uphold a 2.0 GPA. Whoever has the most nominations is the representative for their class.

Students use many different campaign tactics; some make posters, some make cup cakes, and some create Facebook pages. The problem for most students is that not enough people know that they’re running so they don’t get many nominations.  They don’t run a thorough campaign, so it turns into a popularity contest. Our Winterfest court should exemplify the best in our students. They should be smart, friendly, talented, and that’s why their peers like them.

“For me, I don’t care if I win or lose, I just want to have fun. I will hug whoever wins. If I do win, I will be happy. I want people to know that it’s not about being popular, but about friendships,” said Amyre Dennis, current sophomore candidate.