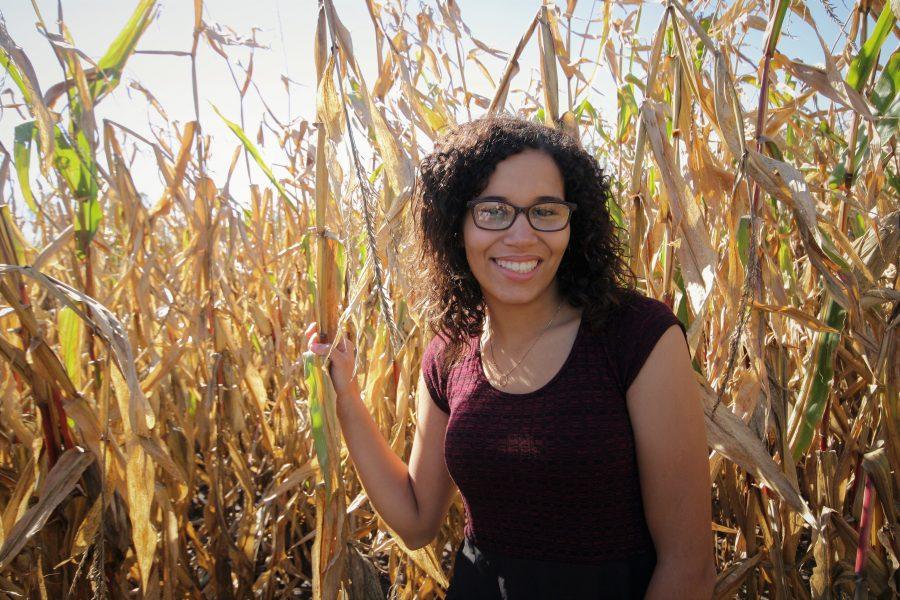 With the beginning of the second trimester underway, the senior class of Loy Norrix is almost halfway through their final year. While the school does take photos for the entire student body for the yearbook, many seniors choose to get professional pictures of themselves taken. These are four of those students.


Senior Alli Mitchell had her senior pictures taken by Andy Kreiger, a professional photographer she found on the website Thumbtack. She took her photos at her grandparent’s farm in Plainwell. Getting to take her photos there was very important to Mitchell.
“I spent a lot of time there as a child and it’s a very special place for me,” she said.
Her biggest advice to future seniors taking professional photos is to not get overwhelmed.
“If you relax you’ll look more natural,” she said.


Senior Mitch Mansfield had his senior pictures taken by family friend Kimberly Moss in downtown Kalamazoo, at Asylum Nature Preserve and the Loy Norrix pool deck. He said he really enjoyed the whole process and that it was a really fun experience. When asked why he wanted to take senior photos, Mansfield simply answered “because it’s tradition.”


Senior Tihnae Bennett had her senior pictures taken this October by one of her friends at Gull Meadow Farms. She believes senior pictures are important because “It captures a moment in time right before you’re whole life changes,” said Bennett.
Her favorite photos turned out to be the candid pictures because they have the best memories behind them.
“I brought my friends and we just had fun!” Bennett said.


Senior Henry Muscara took his senior photos in the green spaces on Kalamazoo College’s campus. His pictures were taken by Jessie Fales, a professional photographer who also happens to be the sister of one of Muscara’s best friends.
“Since I was with a good friend of mine, it made the experience more enjoyable and made my smile more genuine,” said Muscara.
Muscara decided to take senior photos to look back on how much he has changed from his freshman year and share who he has become with his relatives. His word of advice to anyone planning to take senior photos in the future is to not stress about them because they are really just for you.
Delete Image
Align Left
Align Center
Align Right
Align Left
Align Center
Delete Heading