#StigmaFree: Mental Illnesses are Being Trivialized 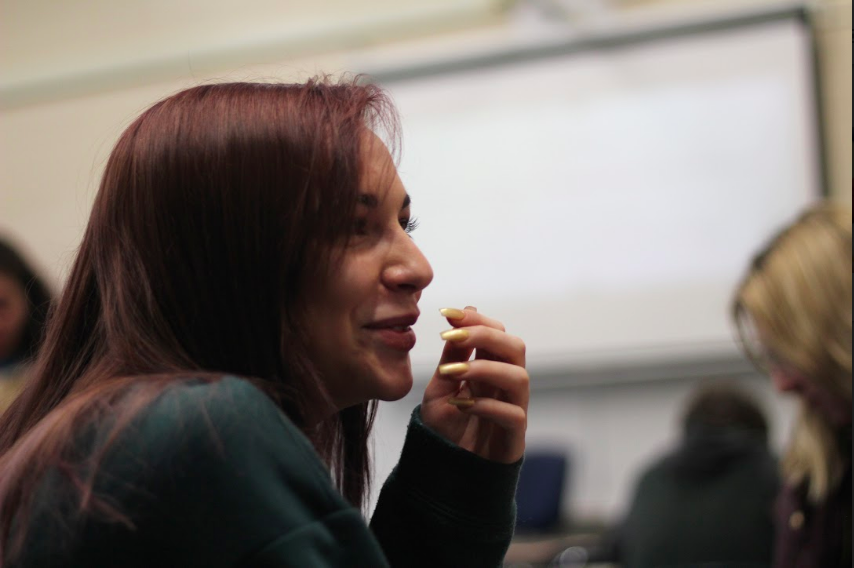 It’s difficult not to envy the beautiful pop star Demi Lovato when scrolling through her Instagram pictures. Photos of her luxurious lifestyle and commendable achievements flood the feed of anyone following her. One would never suspect how much she has struggled with her mental health.
On September 24 2017, Lovato announced on Instagram that she had taken on the responsibility of being the new Mental Health Ambassador for Global Citizens, an organization working on making the world a better place for everyone. One of the first things on Lovato’s agenda is to take the “HEART Program” to kids in the Middle East. The program focuses on helping kids deal with mental health issues through art.
Mental health has gotten a lot of public attention in recent years. Celebrities like Demi Lovato and Lady Gaga have publicly stated that they suffer from mental illnesses such as eating disorders and depression. When people with that much influence admit to have mental illnesses, it normalizes mental health issues and lets people suffering in silence know that they are not alone.
Mental illness is an invisible struggle that, according to National Alliance On Mental Illness (NAMI), one in five American adults will experience in their lifetime. Even though it is so common, many still view it as an excuse or a self-inflicted illness.
Mental health awareness fights the stigma surrounding this issue and educates people both suffering from mental illnesses and the friends and family of those suffering.
“There is a lot of stigma surrounding borderline personality disorder,” said senior Cat Moon, who struggles with depression, anxiety and borderline personality disorder. “A lot of it is seen as just really psycho, and people struggling with it are seen as really crazy.”
Cat has been struggling with mental health issues since 8th grade and it affects her a lot in her day-to-day life. She believes that mental health awareness is very important.
“People should know about it [mental illness] because more than likely they are going to interact with someone who has mental health issues,” said Moon
America’s biggest mental health awareness group is NAMI. NAMI is a non-profit organization that has been working to improve the lives of those affected by mental illnesses since 1979. Members of this group work with celebrities to inform and educate people on this subject. One of their partners is actress and scientist Mayim Bialik, who plays Amy Fowler in CBS’s “The Big Bang Theory.”
Mayim Bialik is working with NAMI on a campaign called “#StigmaFree.” The campaign’s goal is to change the negative attitude towards those affected by mental illnesses.
Bringing awareness and educating on mental health is a step in the right direction but there are also cons to this mental health movement. More and more people are self-diagnosing and trivializing having a mental illness. It has almost become “trendy” to have serious mental illnesses like Obsessive Compulsive Disorder.
When kids jokingly say, “Oh my God, I’m just so OCD. I just need everything organized.” It minimizes the severity of the Illness. This can harm people actually suffering from OCD because people then won’t take it as seriously as they should.
“I don’t see it as a huge problem with depression and anxiety, just because it is very prevalent and common in teenagers,” said Cat. “But if you think you have those, you should go see a doctor and get help.”
On the other hand Cat thinks that it is very disrespectful to self-diagnose personality disorders and bipolar disorder.
“I think it is really insulting to the people who actually do have it. Especially if they just flaunt is as if it was some kind of accessory,” said Moon.
One of the greatest dangers of self-diagnosing personality disorders and anxiety, is that you could actually be suffering from another serious illness like a brain tumor or irregular heart beat.
According to NAMI, 60 percent of adults didn’t get treatment for their mental health issues in the previous year. By not seeking a professional opinion on your symptoms, you miss out on getting the help you need.
Self-diagnosing has never been as popular as it is now. It is very dangerous and harmful to people actually struggling with mental illnesses. If the illness is wrongly self-diagnosed it trivialises and lessens the importance of those actually suffering from a mental illness.
As stated by Anxiety and Depression Association of America only 36.9 percent of those suffering from anxiety get help even though it is very treatable.
Don’t be afraid to seek help and see a professional if you have concerns about your mental state. Help the world be #StigmaFree. Educate the people around you and spread mental health awareness. You never know who it might help.