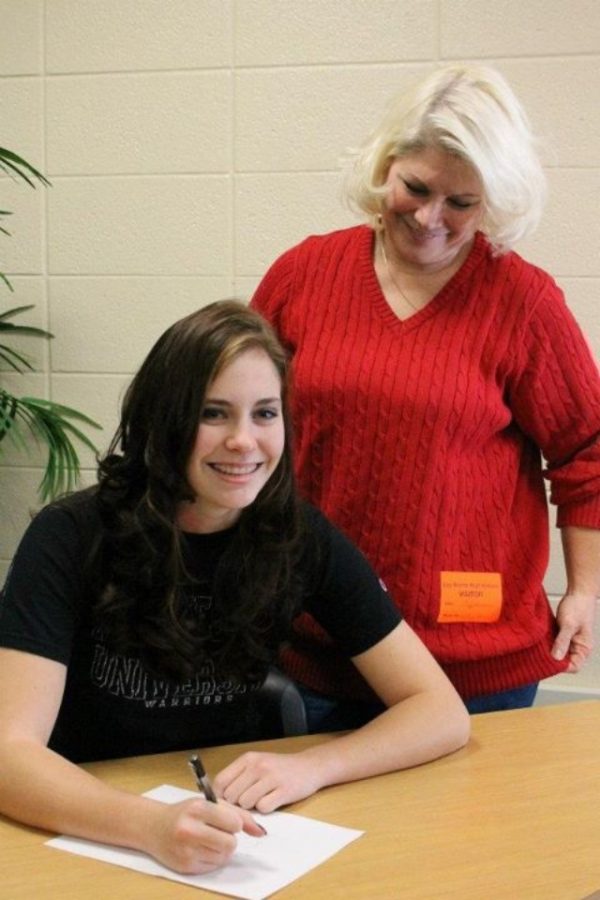 Alex Elwell committed to play softball at Wayne State for four years. WIth her in the picture is her mom, who along with her dad, she credits for supporting her. "They got me through the rough times were I thought I wanted to quit," said Elwell.

“Even when I was in the womb, I was on the ball field because my mom was playing,” said senior Alex Elwell.

Elwell grew up around softball and plans on taking her softball career to the next level signing all four years to play softball with the Wayne State Warriors next year.

After her four years at Wayne State, Elwell still wants to be involved somehow in the sport.

“I might try to go pro, but it is not that big right now. I will probably coach after,” continued Elwell. “I want to stay in the game somehow.”

While Elwell is primarily a pitcher, she will have to compete with three other pitchers next year for playing time but could really play anywhere on the field.

Elwell is the first softball player in eight years to sign to a college for softball.

“Alex shows great output not only on the softball field but also on in the classroom,” said Athletic Director Andrew Laboe. “She is a great representative for our school.”