WE ARE STUDENTS, WE ARE VICTIMS, WE ARE CHANGE: STUDENTS ADVOCATE FOR SCHOOL SAFETY 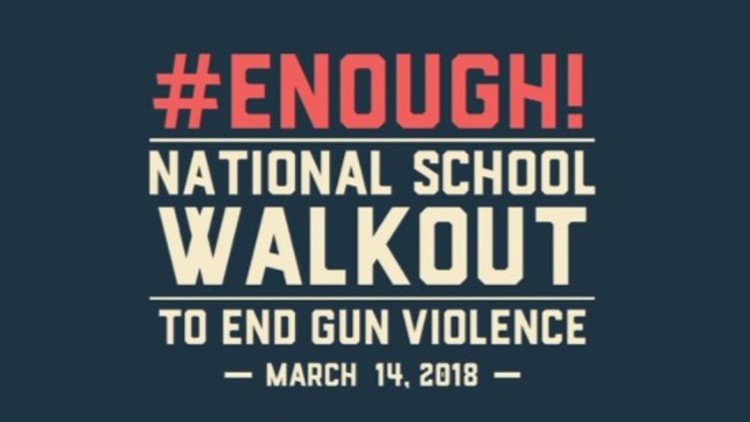 This year in the United States alone there have been 18 school shootings, including seven intentional school shootings that have resulted in the death of many innocent students and teachers.
According to the Gun Violence Archive, 438 people have been shot and 138 have been killed in schools since the Sandy Hook shooting in 2012. Most recently, the massacre at Marjory Stoneman Douglas High School in Parkland, Florida on February 14th, 2018, has provoked students around the world to stand up and use their voices to protest for their own safety.
“A group of students and I have been coordinating with other schools to participate in a walkout to honor those who died in the Florida shooting on March 14th,” said senior Alina Offerman.
Students from schools all around the country are participating in walkouts, rallies and protests to try and spread the message of keeping guns out of schools and having stricter gun regulations. This is all in effort to stop these mass shootings that keep happening throughout the country. Students are tired of needing to be taught how to defend themselves during a shooting or losing friends to a deranged gunman; they’re ready for a change in legislation.
“I think their needs to be stricter laws on open carry and tighter legislation with semi-automatic weapons,” said sophomore Emma Hilgart-Griff. “I definitely think that it’s a step in the right direction to ban bump stock.”
The walkout on March 14th will begin at 10 a.m. and LN students participating will assemble in the football field for 17 minutes, in honor of each victim of the Parkland shooting. Multiple other schools including Kalamazoo Central, Portage, Mattawan, Schoolcraft and Parchment will also be gathering on their home football fields. The group of students will congregate around their fields and protest gun control and honor every victim of every mass shooting whose voices were cut short in senseless acts of violence.
“It’s extremely frustrating,” senior Bonnie Bremer said, “People would rather argue about what is infringing on their rights than protecting us as students.”
The principal of Loy Norrix, Johnny Edwards, stated students won’t get in trouble for participating in the walkout as long as they have the right intentions.
“I’m not interested in suspending 50 or 60 students,” said Edwards, “I want to work with a small group of students and staff that have an interest, to shape an appropriate experience for those who want to participate.”
The walkout is open to all students that want to promote making our schools a safer place. Students all over the nation are exhausted by the fear and tragedy of every school shooting getting swept under the rug by the government.
Delaney Tarr, a senior at the Parkland High School, had to hide in a classroom closet with eighteen other students until police evacuated them. She spoke on the issue in a video on Senator Bernie Sander’s instagram.
Tarr said, “This is never going to happen again. We are not being silenced.”