Teens Struggle to Move Forward after a Sudden Snapchat Update 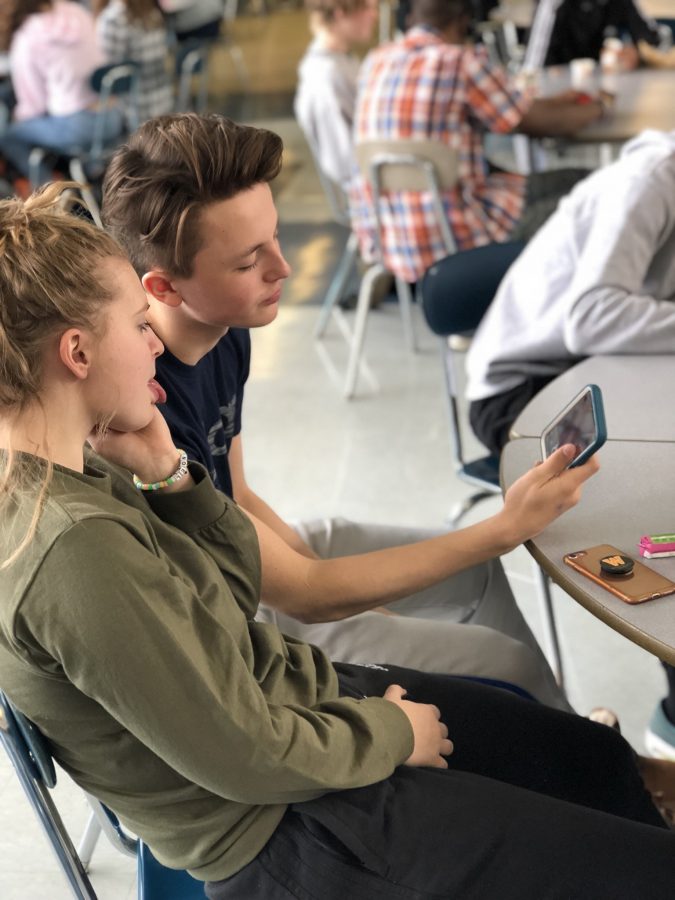 You’re switching apps between your phone, perhaps checking up on what your friends are doing or sending a text to your friend asking to hangout. Many activities such as communicating, researching information, and even just entertainment are ultimately all made possible through social media.
One of the greatest things about social media is its simplicity. The setups and design are usually made so someone who hasn’t even used the application before can get the hang of it within a short period of time. Unfortunately though, this ideal has been challenged with the new Snapchat update that was released at the beginning of February.
Snapchat is an app available on smart phones that uses photo-sharing as its form of communication. The best part of Snapchat is the users ability to choose specific people to send their pictures to and control how long they are able to access the picture. Recently though, this new update has left many teens frustrated and upset.
Snapchat’s previous and most favored setup included a screen on the left that allows you to open and send Snapchats, a camera on the main screen when you open the app, and a screen on the right where you can view your friends Snapchat Stories along with your own.
The update however, is much more cluttered. Rather than have Snapchat Stories on a separate page away from your direct Snapchats, it has been added to the page on the left.

Junior Olivia Boblet recently got the update and expresses her frustration in the changes as well. “I hate it so much, I even emailed Snapchat asking them to change it back,” said Boblet.
Fortunately though, Snapchat recently made a follow up update that attempted to fix some of the features that people claimed confusing.
“I hated it at first, but I’ve gotten used to it and like the update they recently made. It isn’t really the same, but it at least fixed it a little,” said junior Wyatt Atkins.
One of the biggest things that blew up regarding the Snapchat update was a tweet that stated if it got a certain amount of retweets, Snapchat would revert back to the old set-up. This got many teens around the world extremely motivated and excited to go back to the app’s “original ways.” Sadly, the tweet was just a rumor and eventually got deleted. This ended up angering teens even more, realizing that retrieving Snapchat’s previous design wasn’t going to be that easy. It was going to take a lot more people than just its users to initiate the apps change.
Although teens initially don’t like the update, they’re slowly getting used to it and will eventually not even remember what the old Snapchat used to be like.
Atkins finished with, “Yeah, it does suck, but it’s just like every other update that people have hated before, they’ve gotten used to it.”
Delete Image
Align Left
Align Center
Align Right
Align Left
Align Center
Delete Heading