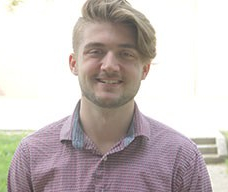 If you’ve ever been worried that your private information may be leaked or exposed, then you’re right to be worried. On March 17, Mark Zuckerberg, the CEO of Facebook, was exposed by the New York Times and the Observer for having shared information from over 50 million private accounts to third parties, including Donald Trump’s presidential campaign. The data was obtained by Aleksandr Kogan, a researcher at Cambridge University, who used Facebook as a mode for sharing a survey that required you to give personal information in order to complete the survey. Kogan’s survey gave Cambridge Analytica access to the information of millions.
The Cambridge Analytica scandal is important because it draws attention to how Facebook, as one of the world’s most influential and valuable platforms, gives very little protection of its users’ information. Although the company has recently promised to improve the protection of their users, people still seem to keep losing trust. Zuckerberg apologized on live television on April 10, 2018 after many hours of grueling questions about privacy and Facebook’s user agreement. Despite Zuckerberg being under such pressure, he kept his cool during the showdown between himself and the Senate.
Senator Ted Cruz kept the tension high on Capitol Hill; when Zuckerberg was being evasive, Cruz chased down his antics. Orrin Hatch, the 84-year-old Utah Republican questioned how Facebook stays free for its users. “We run ads,” said Zuckerberg flatly. This lead to an open door as the answer played into later in the questioning. “Does Facebook consider itself a neutral public forum?” Cruz asked Zuckerberg, this meaning to be a place where anyone can share what they want as long as it follows community guidelines. “Senator, we consider ourselves to be a platform for ideas,” Zuckerberg replied. When you check ads on Facebook and do their questionnaires, you’re giving away information to third party developers who utilize Facebook as a means to gather personal info.
Earlier into the year, Facebook did not monitor such information being sent to third parties, as Cambridge Analytica exposed. When asked about the responsibility of Facebook’s content, Zuckerberg replied with, “I agree we are responsible with all content shared on our platform.”
A lot of people these days do not trust social media, as it shares a very large portion of other personal lives. “I feel like we don’t have much privacy these days due to the level of our social media. It makes me angry when this happens because its our lives, not theirs,” said senior Grace Barrett.
People don’t agree with how open Facebook and it’s lack of privacy is. “I really feel like Zuckerberg is exploiting his power by being evasive with Facebook’s issues with privacy. Your posts are for your friends, not for strangers,” said senior CJ Washington.
People don’t want their personal info exposed for strangers to be gawking at, and they don’t like how easily you could get your identity stolen.