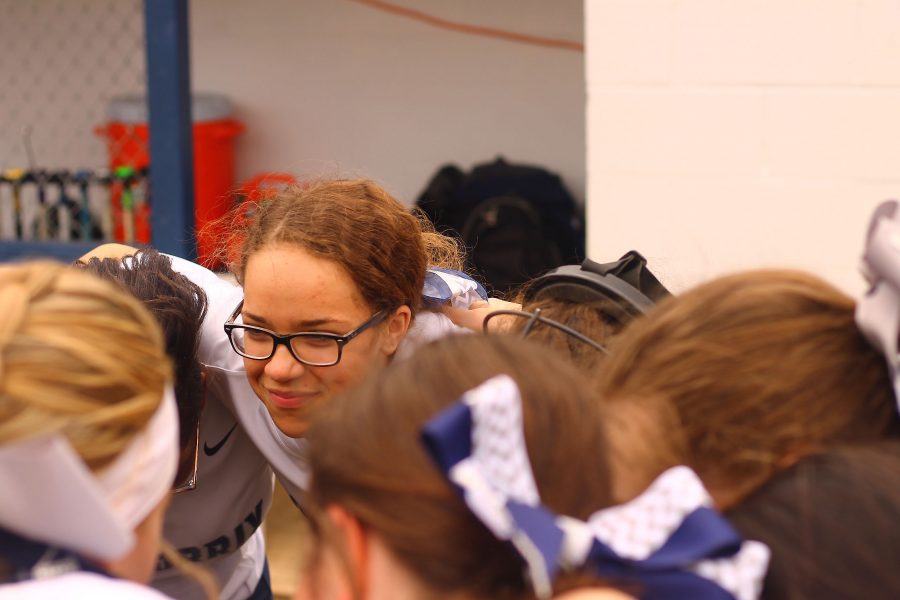 The crowd falls silent as the batter steppes up to plate. Getting into position, her cleats sink further into the dirt as the anticipation builds. The golden sphere is pitched into the air, as she tightens her grip on the bat. Crack! The ball flies across the field.
“[Hitting a home run felt like] It was finally my time. I can’t tell you how long I was waiting to hit a home run, and when it finally happened I was just overwhelmed,” said junior Sierra Knight.
If you were to take a look at the Loy Norrix varsity softball team, you’d be surprised to find out the diversity of ages that have contributed to their growing success. Currently, the team consists of two freshman, three sophomores, four juniors and two seniors. These underclassmen have big shoes to fill in order to keep their position.
“It’s nerve wracking because I am so young, so all eyes are watching me to not make a mistake,” said freshman Khyra Dilley.
Dilley, whose nerves may be felt but not shown, also hit a home run during the game against Berrien Springs on April 26. The underclassmen are expected to perform at the same level as those with three or four years of experience on the team, which makes them work even harder.
“I think the underclassmen are very strong. It’s not easy playing with people who have been playing a lot longer than you… there’s a lot of pressure on them,” said senior Bethany Dunham, who co-captains with fellow senior Lauren Johnson.
When watching the girls practice or compete, their united spirit is shown. Through pats on the back, encouraging cheers and team huddles, their bond is evident, despite age difference.
“At times [I feel pressure]. During games, but all of the older teammates are really supportive of the younger people on the team,” said freshman Annie Mansfield.
This melting pot of experience is finally showcasing the spirit and talent the softball team deserves. These girls have worked tirelessly to train against rival teams and their bright light at the end of the tunnel is approaching in the distance.
“I think we are getting a lot stronger because of the increased conditioning. I think that if everyone works on their mental strength we can improve and reach our full potential,” said Dunham.
Delete Image
Align Left
Align Center
Align Right
Align Left
Align Center
Delete Heading