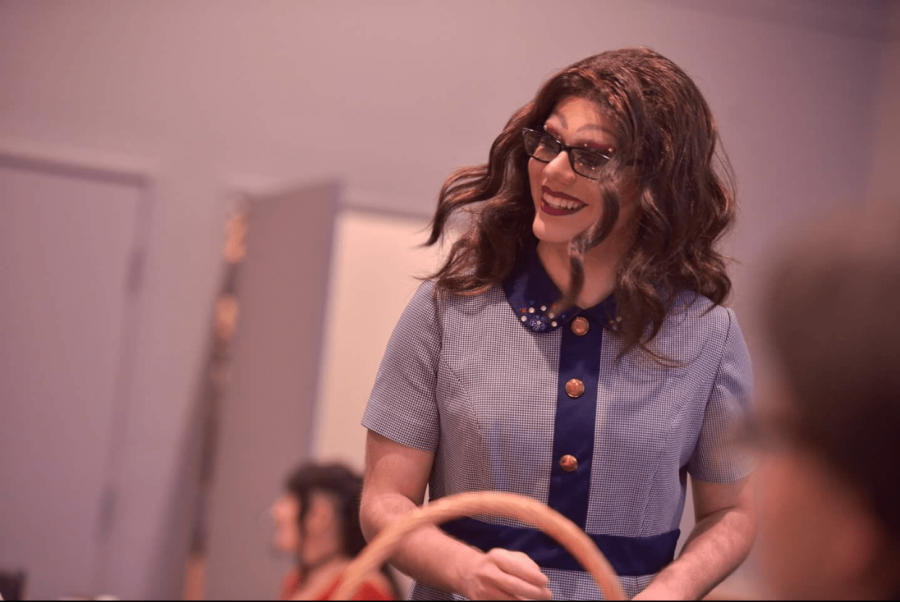 Today, a drag race no longer refers to cars on a racetrack. Rather, men dressing up and acting as a woman for entertainment. Furthermore, with the help of social media and the TV show “RuPaul’s Drag Race,” drag has increased in popularity nationwide. Drag shows are usually lip syncing performances or live-singing performances and while not as glamorous or well-funded as in bigger cities, drag shows are still something to see in Kalamazoo, Michigan.
While the drag community is tiny in Kalamazoo due to the lack of gay bars, where drag shows are commonly held, it is still a close-knit community where everyone knows each other. Much like various other communities, drag queens are often judged by those who don’t understand what they do and who they are but queens still ‘live’ for themselves.
Even though drag has generally been accepted in the theatre community, drag is still judged by some in society as something “weird” or “gay.” Drag queens often face extreme criticism for their passion like hateful comments left under videos or pictures posted on social media.
While hateful comments that include racial and homophobic slurs and death wishes are left under many drag queens’ pictures and videos, drag queen Irtia B. Syndrome said, “The Kalamazoo area is pretty liberal, and I personally have never felt unsafe, but I’ve heard of queens having terrible experiences before.” She continued, “Know your safe spaces and don’t stray away from them and you’ll be fine.”
Despite these altercations, drag queens continue to push through the hate and put a lot of effort into their day to day routines. Each drag queen goes through hours of work to design every look they create.
A drag queen often spends hundreds of dollars on fabrics, makeup, shoes, wigs, nails and gemstones just to create one look. It takes even longer to physically sew the outfit together and draw out the makeup look on paper to match. Once the ensemble is completed, drag queens have to produce an act to perform like lip syncing or actually singing a song. Then they must pick a song, memorize it, and rehearse until it’s perfect, which can take 12 hours or more. Then, after all the preparation is done, each queen puts on their makeup, wigs, outfits, nails and shoes early in the afternoon for their show later that night.
Even though here in Kalamazoo we don’t have any gay bars for drag performances, there are still opportunities for drag queens to shine. At Western Michigan University they have the OUTspoken Drag show directed by Austin Russell a.k.a Irtia B. Syndrome.
The OUTspoken show is one of the largest drag shows in the Kalamazoo area and a major launch pad for drag queens. Syndrome often performs there but has performed other places as well like the Union restaurant in downtown Kalamazoo. During Kalamazoo Pride you can also see many drag queens walking around, or you can attend the Miss(ter) Kalamazoo Pride Pageant which is a drag pageant show. We may not have a large drag community in Kalamazoo, but there are still multiple occasions for drag queens to shine.
Overall, the point of drag is to have fun. Syndrome makes sure her numbers are fun for the audience by always incorporating comedy, “I always try to make people laugh.” That has been her mission since she began doing drag after a Halloween party where she dressed up in drag. That one night led her to a new favorite activity and, “cemented my idea that I was going to do drag.” Ever since Syndrome has started she’s had great experiences and performances, her favorite experience was performing for the Cares Dining Out for Life event, she spent the evening talking to people and encouraging them to help a cause she believes in.