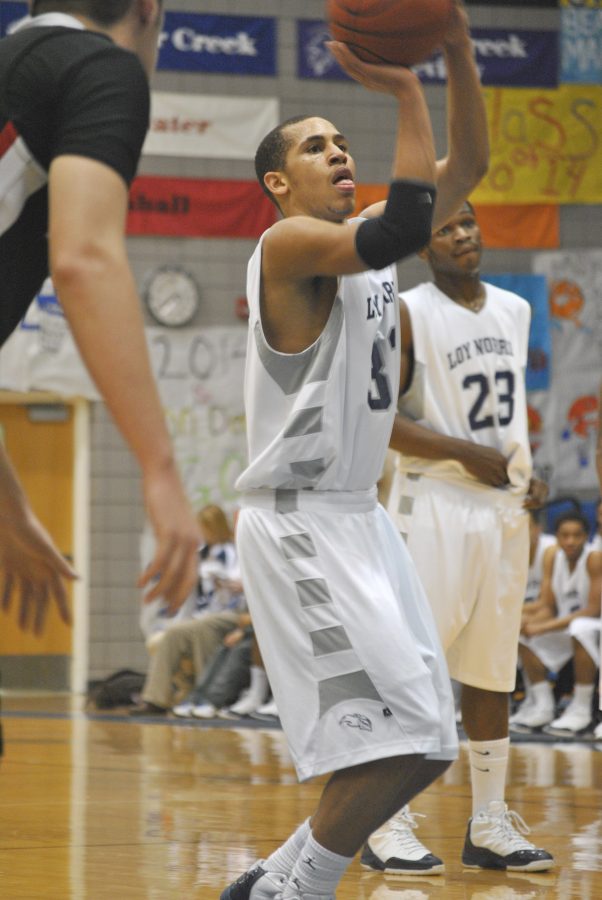 Bishop Robinson takes a freethrow during the SMAC East title game. The Knights hit some key freethrows down the stretch that sealed the victory. Photo by Daniela Paz.

“It was like winning an NBA Championship,” said Tony Boykins.

The Loy Norrix men’s varsity basketball team played in the SMAC East Conference title game on Friday versus the Gull Lake Blue Devils. It was an up and down game with Norrix down most of the game. Many fans and students were getting worried that the Knights would not pull off this win, but the team had no worries at all.

“We practiced all week and studied everything they did. We knew they were going to make a run and we just had to withstand it,” said Boykins.

The Knights withstood the Blue Devils run and turned up the heat in the fourth quarter. This quarter the Knights took over and ended up with a 59-56 win. This is the first time since the 07-08 season that the Knights have won a conference championship.

Bishop Robinson lead the Knights with 24 points and 14 rebounds. Boykins added 19 for the Knights and 10 rebounds.

Come make the trip out to Lansing and support both the junior varsity and varsity Knight basketball teams on Thursday.