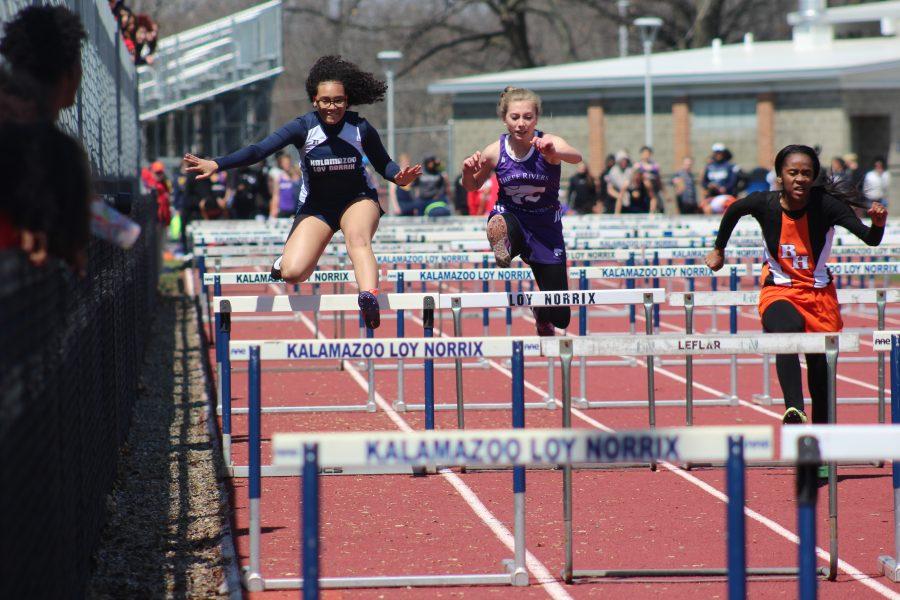 Junior Alysia Smith leaps over in a hurdle in the 100m hurdles placing 12th place overall. “I was trying to continue running and not laugh because someone fell next to me,” said Smith. Photo Credit / Jaelyn Anderson

The Don Lukens Invitational is the biggest invitational that Loy Norrix hosts all year. For the past 31 years over fifteen teams have come from all over the state of Michigan to compete against each other in this huge all day event. From shot-put to 4x400m relay, the Don Lukens started at 10am and went on till the late in the evening. Everyone looks forward to coming and competing at their peak performances in this meet. At the end of the night, the winning team gets to take home a trophy claiming to be the victors of the Don Lukens Invitational.