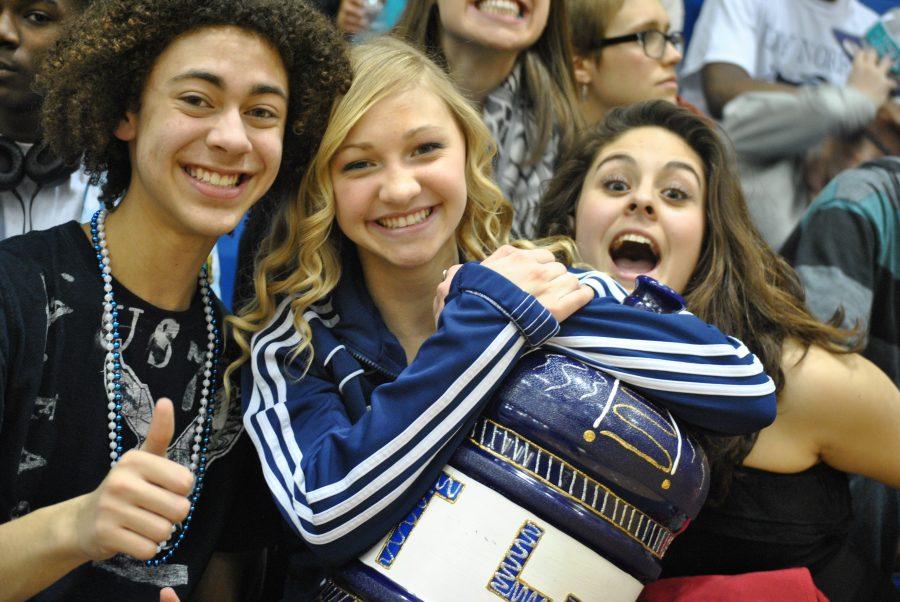 Loy Norrix High School celebrated their Winterfest February 13th through 17th. Students of all grades brought out their navy and white to prove to the school that their class had more school spirit.

Each day of the week students dressed in the chosen themes: Monday was Neon Day, Tuesday was Valentine’s Day, Wednesday was Animal Day, Thursday was Navy and White Day and Friday was Retro/Disco Day. At the end of the day, the class that had the most students dressed students took 10 points. The Senior class of 2012 took four out of five 1st places which added up to 40 points.

Throughout the week other competitions took place including penny wars and poster making. Like every spirit week, towards the end of the week there is a pep rally. Here students compete to keep earning more points for their class competing in a series of games. This week games at the pep rally included the school song competition, basketball musical chairs and even a dance battle. At the pep rally the seniors won 65 points.

At the end of the week the class of 2012 proved to have the most school spirit accumulating 105 points. Sophomores took 2nd place with 96 points and juniors had 3rd place with 79 points.