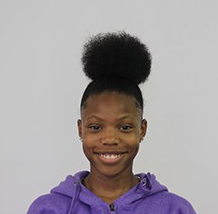 As a darker skinned female myself, growing up I’d often hear things like “You’re pretty for a black girl,” or “You have a lot of hair for a black girl.” These comments made me feel like black women were categorized as being “ugly” and that my skin color wasn’t beautiful.
I conducted an anonymous survey at Loy Norrix and discovered through my findings that most people prefer light-skinned African-American women over those with dark-skin. The survey included male and female students, and 35 percent of 50 applicants preferred fairer-skinned women.
One applicant was quoted as saying, “For some odd reason, light-skins are more attractive.”
According to Tyissha Joseph-Dottin in the article, “Dark Skin Women Vs. Light Skin Women: Colorism Within Our Community,” the “Battle of Colorism” originated in slavery. Lighter-skinned women would get better treatment such as being able to work in house jobs, whereas darker-skinned women had to work outside jobs in the field, because many light skin women came from slave owners and slaves having children together. This article went into depth about how the division between women and their skin color came about. Joseph-Dottin explained how as a culture blacks experienced years of oppression and hatred by slave owners and were forced to think that because of their color they were inferior, and blacks have somehow reverted back to having this sort of mindset.
When Viola Davis did an interview with “Essence Magazine” she shared how growing up she was often called names using derogatory terms. Davis was quoted as saying “I have never felt pretty.” Yet Davis is where she is today because she embraced her inner beauty and didn’t let what people said bring her down.
“My career has gotten to a certain point where I have a certain semblance of power. That power has allowed me to work through it,” said Davis.
Another applicant on the LN survey quoted as saying, “I feel that most light-skinned women have a lot of beautiful hair and just the skin tone is great.”
Although this may be true, darker women also have beautiful hair and a great skin tone. All women are beautiful in their own way. If everyone looked alike then there wouldn’t be any diversity in the world.
Some black girls believe they’re ugly or not as pretty as light-skinned girls because of today’s media. Although the media has become more diverse, you still can pick up the latest magazines and see mostly lighter-colored women featured. This is true with modeling agencies too because most girls you see walking the runway are lighter-colored.
Black girls who see light-skinned women being praised in the media are led to believe that they are not as beautiful, so they begin changing themselves to appear lighter so they can “fit in.”
For example, celebrity Lil Kim appears much lighter than what she did when she first began her rap career. Other famous celebrities like Tamar Braxton and Sammy Sosa have bleached their skin to become lighter.
Every day, I look in the mirror and see my beautiful brown skin. Every skin color should be celebrated and acknowledged because nobody can help the skin they are born with.