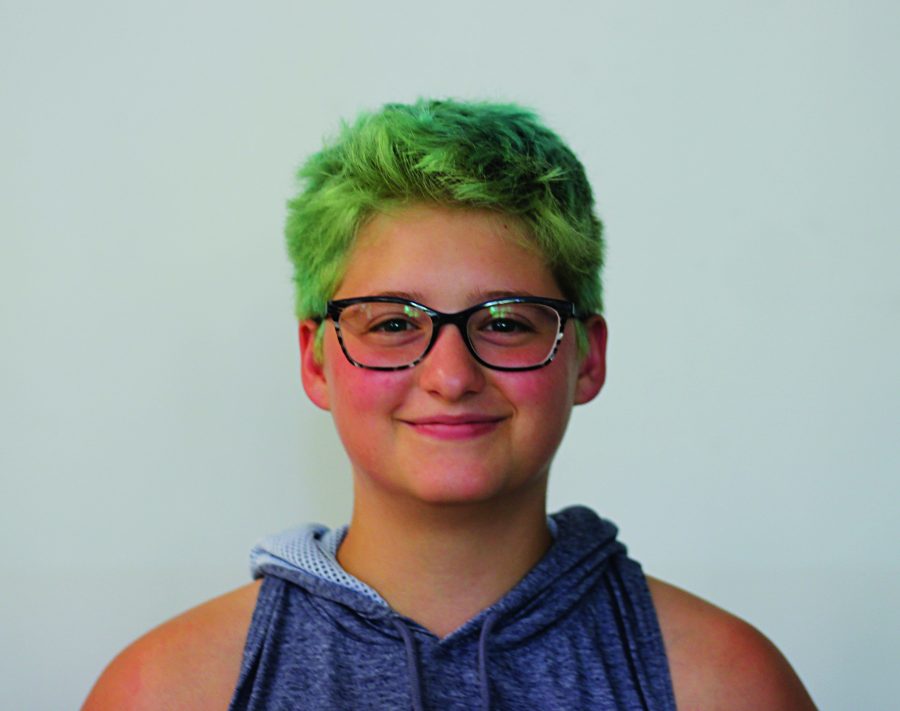 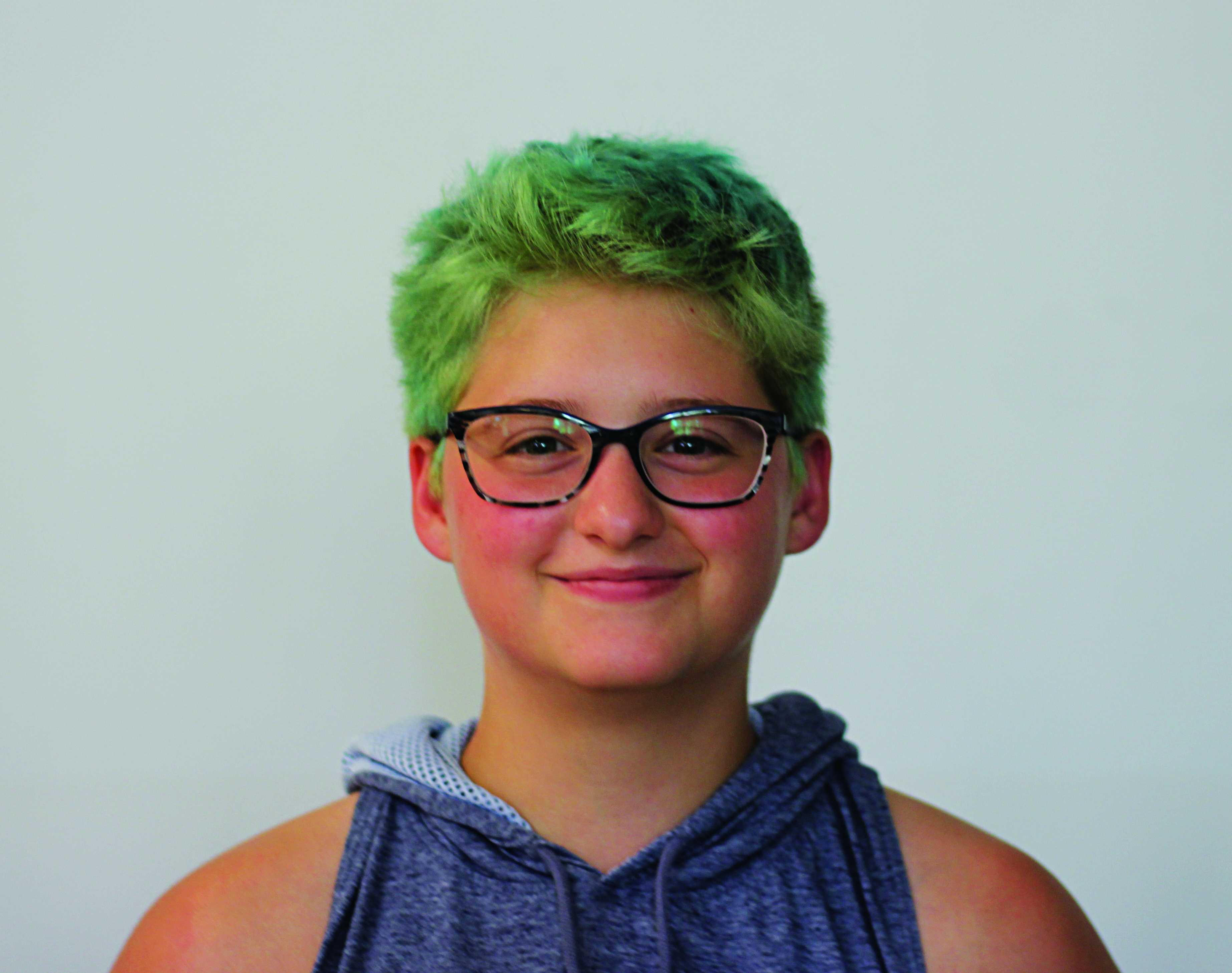 The doors slam shut behind me while, fluorescent lights buzz above. I pull my jacket closer, taking in the empty stands around me. The time for the face off is getting closer and closer. The women’s team — the Aquinas Saints — is already on the ice warming up, the blades of their skates chopping at the ice while pucks slam into the glass and the net. Compare this to a Western Michigan Broncos men’s hockey game, where the stands are crowded and you stand shoulder-to-shoulder with strangers, versus the near empty stadium which seems to be the norm if you watch women’s sports.
In college, women make up more than half of the student body, but only 43 percent of college athletes, according to the Feminist Majority Website. There’s still a good number of female athletes, but they receive fewer scholarships and make up less than half of the coaches and department heads according to the same website. A lot of our sports just aren’t as visible as men’s.
Go to the WMU men’s team games, and standing in Lawson Arena is like standing in a thundercloud, loud and unpredictable. Then go to an Aquinas Saints game, it’s quiet enough that you can hear nearly every skate stroke. That noise difference comes from the number of people at the games. At the Aquinas women’s game there’s less than a quarter of the people who attend the men’s game at WMU. There’s a reason for that difference: the advertising. The Broncos games receive publicity by word of mouth and on radio stations. The Saints receive little of the same advertising that the men’s teams do.
I remember first hearing about the Saints from my mom who’d heard about it from one of the players, an older sibling of one of my brothers teammates. My first thought was that: “Hey maybe this is a team I could play for.” Going to that first women’s hockey game, I knew very little except what I’d learned from their head coach mere minutes before the game. The game was fast paced, the top team in the division versus the newest. I remember thinking “I could play like these girls one day,” a thought which had been nearly unimaginable before seeing a college women’s hockey team play. It was just something that wasn’t in my future. Seeing those girls playing their hearts out in front of me, it gave me hope.
They were a small team but their school cared, enough to push aside short-comings and provide a way for the Saints to witness a competition well within their reach with a little more practice.
At the end of their 2016-2017 season, the Saints failed to make the NCAA women’s hockey tournament. Yet their school still made the executive decision to fly the Saints out to the tournament in Colorado, even if it was just to watch.
Outside of college, female athletes struggle with much more than just drawing eyes to their sports. In 2015 the National Women’s Hockey League was formed. The highest salary in the NWHL is held by US Olympian Amanda Kessel of $26 thousand a year after she signed with the Riveters in 2016. Compare that to the $14 million that men can make in the NHL, even her own brother — Phil Kessel of the Pittsburgh Penguins — makes $10 million a year, and the fact still stands that the contracts offered by the NWHL actually pay less than a full year part-time job.
This pay gap occurs in other sports as well. According to a World Economic Forum article by Rosamond Hutt, “Cristiano Ronaldo is the world’s highest paid athlete with earnings reported to be more than $88 million… the highest paid female football player, Alex Morgan, earns around $2.8 million.”
So not only is a female athlete’s pay unequal due to gender, but in some cases it isn’t even equal to the pay of a part-time job. Many female athletes in multiple sports struggle with this inequality.
In 2017, the US Women’s hockey team threatened to boycott the upcoming world championship if USA Hockey didn’t increase their wages and the support the team received from the organization. The New York Times article “U.S. Women’s Team Strikes a Deal With U.S.A. Hockey” by Seth Burkman said “Many players had no financial cushion to fall back on. Hockey as a full-time occupation produced barely enough to cover their basic needs, like rent. U.S.A. Hockey had shown little inclination to acquiesce to their demands for support equal to what the men’s national team received and for better youth development programs for girls.”
People argue that women’s sports just aren’t as entertaining. There is a reason for that. The Atlantic’s article “Why Aren’t Women’s Sports as Big as Men’s? Your Thoughts” by Chris Bodenner cited  a quote from Purdue professor Cheryl Cooke, “Men’s sports are going to seem more exciting. They have higher production values, higher-quality coverage, and higher-quality commentary… When you watch women’s sports, and there are fewer camera angles, fewer cuts to shot, fewer instant replays, yeah, it’s going to seem to be a slower game, [and] it’s going to seem to be less exciting.”
I think a lot of women’s sports deserve to be featured more often on television. It would be nice to see a team that I could see myself playing on, and it would give many other girls the same opportunity to idealize a future where just maybe they could participate in a sport that they’ve played for their entire lives.
I remember watching the Olympics in sixth grade when my history teacher would turn them on for me, even if classmates complained. It always made me happy to have the ability to look at the screen and say, “That’s who I want to play like when I grow up, that’s who I want to be.”
Other little girls deserve the right to see a female athlete that they can look up to because that is something that isn’t exclusive to little boys.