There's No 'I' In Team For This Football Family 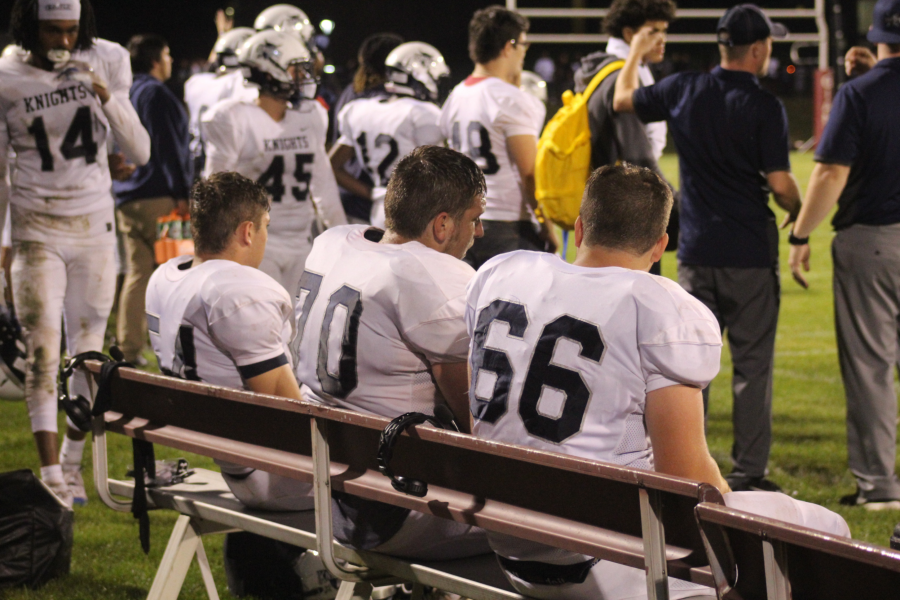 Loy Norrix and Kalamazoo Central High School are nearly identical, but worlds apart. Each school is located in Kalamazoo county with approximately 16 hundred students. Peers from both of these institutions feel that their school is superior to the other. When the football teams go up against each other there is a sense of tension and electricity in the air. Each team has come to prove what they know to be a fact: they are the superior school.
On Friday, September 14th, the Loy Norrix Knights met up with the Kalamazoo Central Giants to show the city what they had been working for.  Each team was seeking bragging rights for the next year. Although our beloved Knights ended the evening with a mark in the loss column, the team showed perseverance and sportsmanship.
For the Knights the rivalry between the two schools is “Super serious and we always want to get the best experience out of it that we can,” said sophomore Josh Wilson.
They feel that the game has added pressure but “The perfect amount of hype,” as senior Marshawn Bell puts it.
Upon entering Thomas Stadium, it was clear that the Giants were in the building to settle a score due to last years meet-up. In the last seconds of a thrilling game in 2017 the Knights proved that they were a force to be reckoned with in the community by stealing a close victory.
Whether you consider yourself a “Giant” or a “Knight” one thing was clear on this evening, football is more than a game for these student athletes and this community.
In the second quarter, quarterback #4 Treyton Allen scored a touchdown for the Knights to get them on the board. Although the Knights were unable to make many plays, with sweat dripping and dirt everywhere, they played the game to their fullest.
When asked what his team meant to him, junior Romario Williams quarterback for Knights simply stated, “[My team] means everything because I need everyone to do what they’re supposed to do so that we can win.”