Drug Decriminalization Will Help Us Move Towards a Safer Future 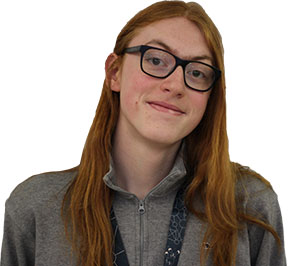 At a young age, I saw how drug abuse can ruin a person’s life when one of my relatives moved in with my family after recovering from a Vicodin addiction. Once he was stable, he returned to his normal life and moved out. He was addicted to heroin earlier in his life and now suffers from Hepatitis C because of it. Hepatitis C is a deadly disease that can be easily passed on through sharing of heroin needles.
Under the Controlled Substances Act, possession and distribution of illegal drugs is prohibited. Though this may seem like a valid law, it can prove to be dangerous. The truth of the matter is that drug abuse will occur whether it’s legal or not. Because many drugs are illegal, the government isn’t able to regulate use, so people like my relative end up with an infected heroin needle.
According to the National Institute on Drug Abuse, 72,000 people died from a drug overdose in the U.S. in 2017. Though drug use has been present since before recorded history, drug abuse wasn’t considered an epidemic until the turn of the 21st century. The number of deaths from drug overdose has more than quadrupled since 1999. Many more deaths result from diseases caused by drug use. The Centers for Disease Control and Prevention reports that another 18,153 people died from Hepatitis C (which is usually caused by heroin use), bringing the total death count from drug abuse to around 100,000 deaths in one year.
Many European countries have taken a more liberal approach to drug regulation that could help the overdose epidemic in the U.S. When Portugal fell into an opioid crisis, they reacted by decriminalizing/eliminating all punishment for drug use, making it a medical issue rather than a legal issue. As a result of this, the number of deaths from drug overdose went down substantially from 30 deaths for every million citizens to 3 deaths for every million citizens as reported by the European Monitoring Centre for Drugs and Drug Addiction. By decriminalizing drugs, the Portuguese government was able to regulate drugs and prevent issues like dirty needles or drugs laced with poison. The number of Hepatitis C infections in Portugal dropped from 104 for every million citizens to 4 for every million citizens according to Susana Ferreira from The Guardian.
Some people oppose the idea of drug legalization. They argue that legalization of drug use will make the population not able to fulfill civil duties.
Theodore Dalrymple is a journalist who has written for The Times, The Daily Telegraph, The Observer, and more. He has spoken against legalizing drug use.
“The consumption of drugs has the effect of reducing men’s freedom by circumscribing the range of their interests,” Dalrymple said in his article “Don’t Legalize Drugs” from the City Journal. “It impairs their ability to pursue more important human aims, such as raising a family and fulfilling civil obligations.”
Implementing laws like this in the U.S. could fix our current overdose epidemic. These policies have proven successful in other nations besides Portugal, like Norway, Germany, and the Czech Republic. At this point, it’s in the hands of the people to elect government officials who support drug legalization and continue to vote for proposals like Michigan’s Proposal 1, which recently legalized marijuana in Michigan.
Drug decriminalization could be the solution to the overdose epidemic that we’ve been looking for. It would be a radical change, but a radical change for the better. Thousands of people just like my relative suffer from crippling drug addictions, and it’s time we do something to help.