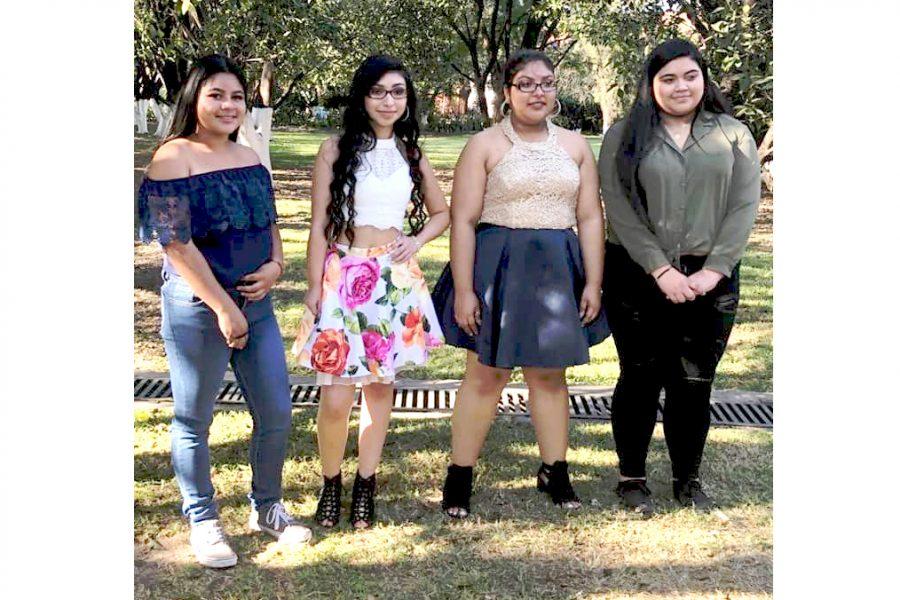 
The engine rumbles to life as you watch the house you grew up in shrinking in the back window of the car. Low mumbles from the radio register in the background, but you can’t think about anything else except all of the friends you’re leaving behind. The smell you associate with your house is fading away. Your only comfort is the baby blanket you found while packing up your room. It was still as soft as the day you got it in the hospital when you were born.
Senior Vanessa Alvarado experienced great sadness when she was forced to move from Arizona to Kalamazoo, leaving all of her friends and family behind, right when she started high school.
One day she sat down for dinner with her family and “out of the blue my father announced they would be moving to Kalamazoo, Michigan due to a job opportunity,” Alvarado said.
“Right when the news broke it immediately went silent. I felt anger and sadness all at the same time,” said Alvarado. She understood her father’s words but couldn’t process the information, still too shocked.
According to the article, “Moving is Tough for Kids” written by Nancy Darling, when kids are forced to move during childhood, as they are growing up it at least doubles how much stress they experience later in life.
It took Alvarado a very long time to adapt to living in Kalamazoo. In some ways she is still adapting to the environment. Vanessa has gotten used to some things that happen here, but has never exactly gotten used to the snow.
“Before I moved to Michigan, I had never seen snow before in my entire life,” Alvarado exclaimed.
For people from Kalamazoo, it would be like moving somewhere sunny and scorchingly hot every single day of the year.
Adapting to Kalamazoo has been very hard for the entire Alvarado family. “My whole family is in Arizona,” said Martha Alvarado, Vanessa’s mom.
When parents are extra stressed about moving it makes it even harder on the kids. According to the article “Moving as a Child Can Change Who You Are as an Adult,” written by Christopher Ingraham, no matter how much support your family gives you while you move, you will change as a person in your early teenage years by making different decisions in your everyday life. Some kids experience more mental health issues than they ever would have if they didn’t move. Some kids who were forced to move as a child turn to drugs and violence to cope.
When Vanessa moved here she was too old to form friendships by “growing up” with the kids she was going to school with. It wasn’t the same for her sisters though, they were still in elementary school when they moved and were able to quickly make friends and share many formative experiences, creating lasting bonds. Vanessa is still very connected to her friends and family back home and she plans to move right back to Arizona as soon as she can to pick up where her friendships left off.
The specific part of her family she misses most are her cousins, “Because I really got along with them and don’t see them as much unless I go visit.” Alvarado continued, “I miss my cousin Lupita the most because she was my best friend, someone who I could trust to talk to about anything and she would listen and give me good advice, which is something I don’t really have here.”
Because of Vanessa’s plans to move back to Arizona, she is not as dedicated to making new friends in Kalamazoo. Alvarado is really looking forward to picking back up with her old friends when she can finally move back home.
Delete Image
Align Left
Align Center
Align Right
Align Left
Align Center
Delete Heading