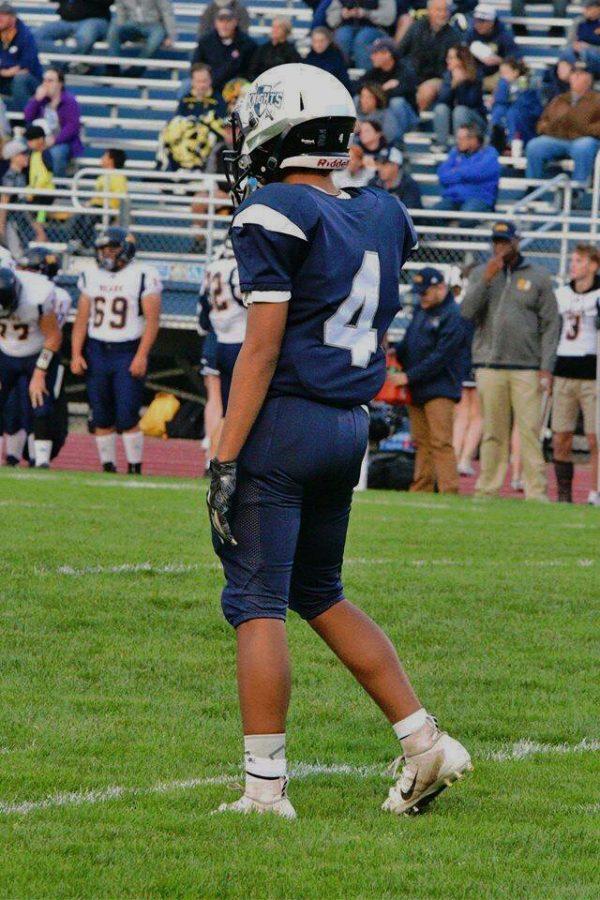 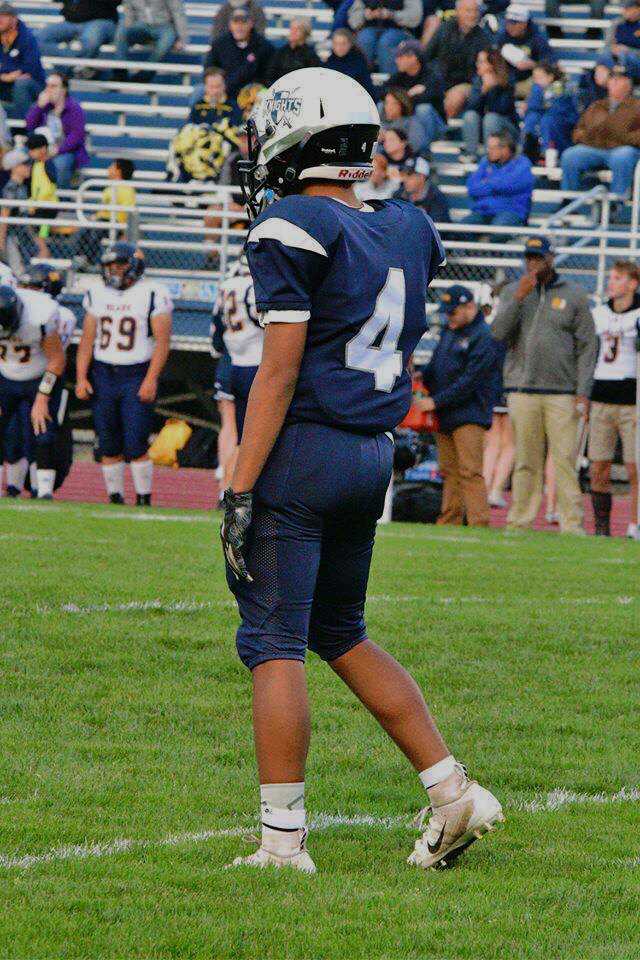 BEEP! BEEP! BEEP! “TREYTON GET YO LAZY BONES UP!” yells Treyton Allens’ mom, Kim Allens.
Treyton slowly crawls out of bed and looks for some “junkier” clothes to put on for a long day of hard work and sweating. Last summer, Treyton Allen had to get up at 7 a.m. every weekday to go to football practice at 8 a.m.
While very few high school athletes go on to play college ball, only about 6.9% according to the NCAA, Allen doesn’t let this discourage him from playing the game he enjoys. Playing football allows him to burn off energy and relieves stress from his daily life. Though Allen doesn’t play year round, he has enjoyed every step he takes on the field, whether that be grinding early in the morning during practice or giving it his all during a game. Treyton doesn’t just get up and practice to improve himself, he gets up and works hard for his mom.
“My mom pushes me, I wanna do everything I can for her. She forces me to work hard,” said Allen.
Allen’s parent have split up and his sister is in college, making him the man of the house. This means that Allen isn’t able to sleep in all summer. He has to go to practice and help his mom around the house, leaving him little time to hang with his friends Yo, Drew, Alex and Tim, or spend time with his girlfriend Emma. Allen wills himself to get up and go to practice with the knowledge that ultimately, his hard work will pay off.
“The summer was long and hard, but in the end the harder you work, the better you’ll be,” Allen said confidently.
After a long summer of working hard and a couple games of high school varsity football under his belt, Allen’s team faced the Loy Norrix rival: Kalamazoo Central.
“[Being] nervous, I knew I had give it my all this game. My family and school was gonna be there, so I had to represent. I also couldn’t let all my hard work go to waste,” remembered Allen.
Treyton played well along with his other teammates, fighting for victory in this seemingly everlasting game.
“Coach called a play. He said ‘Jared Florres! Run Cornel!’ So when the ball was hiked, I ran Cornel.” Allen continued, “I got to the corner and he tossed the ball across the field. I turned and looked up. Watching the ball come closer and closer, it was like time slowed down, yet I was still going a hundred miles per hour. I reached up and caught that boy. In that moment I was so nervous I was gonna drop it, but when I caught it, I was very excited. Everyone ran over to me and we was jumpin’, chest bumping, and yelling. The crowd was cheering and screaming. It was a pretty amazing feeling.”
After the game, Treyton went and celebrated his first varsity touchdown with his cousin Jarred. He says he will never forget that moment, knowing he represented his family and school well.
“Every time I think about that moment, chills run down my body,” said Allen with a smile. “It was one of the greatest moments in my high school football career.”