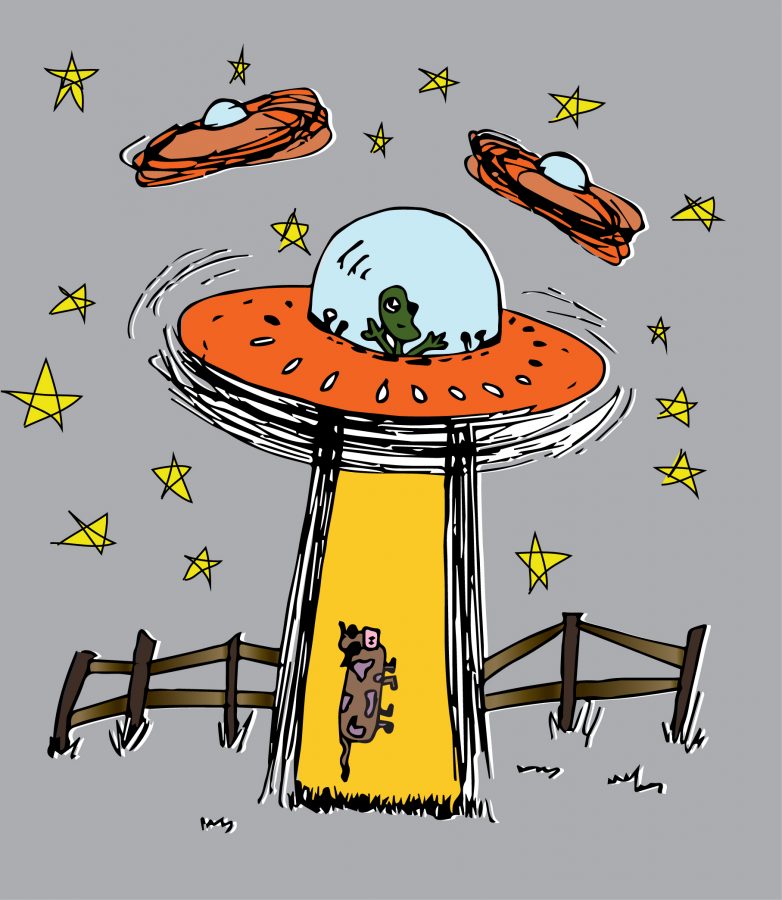 Don’t we all alter a story to fit the bill? What is said and the way it is said changes perspectives and points fingers.
Conspiracy theories are no different. They are passed down, changed, rearranged and told to spark interest in the unknown. When true events are blended with possible cover-ups and unanswered questions, a conspiracy theory is born.

The tragic 9/11 attack was a coordinated terrorist attack by the Islamic terrorist group, al-Qaeda, against the United States resulting in the Twin Towers of New York City’s World Trade Center collapsing. The result was 2,996 deaths, and more than six thousand injured. This was one of America’s darkest moments. In the coming years, time allowed for healing to begin, but it also raised questions regarding all aspects of the tragedy, in particular, whether the 9/11 attacks were an inside job.

When videos were released of the attack, viewers noticed explosions coming from lower levels of the tower seconds before the plane actually made contact. Researchers also found extremely high temperatures in the building at the time of the attack, not only enough to weaken steel, but to melt it. Thermite, a mixture of powders that produce a high temperature combustion, which is typically used in welding and bombs meant to start fires, was also discovered in the pile of rubble. Coincidence or not, there remain many unexplained factors in this nation-altering event.

There are two types of people in life, those who believe Earth is round and those who believe Earth is flat. Since the release of “Flat Earth Clues” by Mark Sargent in 2015, many “Flat-Earthers” have come out to support these beliefs. Although there are very few members of this society, they are slowly growing in number. Members are spreading the word of their beliefs through rap songs, books, and YouTube videos.

The latest flat-Earth conference held in 2018 had supporters coming together to share their flat-Earth experiences. Examples such as our own bodies do not feel the Earth spin and water does not get flung around because the Earth is stationary are reasons used to support the flat earth theory. Different people from across the globe who came to this conference also explained their reasoning as to why humanity doesn’t fall off the edge of the flat Earth. They also state that it  is also impossible to see the curvature of the globed Earth in photographs, therefore they are fake. They believe there is an “ice wall barrier,” also known as Antarctica surrounding the land of Earth, like a circular disk of ice.

Flat Earthers also agree that photographs of a globe Earth are fake, all astronauts are actors in on the hoax, and N.A.S.A. has basically hoodwinked everyone into believing we’re on a spinning ball, floating in space.

If you’ve read “1984” by George Orwell, you’d know the chilling truth of what our future could potentially look like if “Big brother is watching.” Modern day technology allows us to get closer and closer to this image. Technology not only discloses your private information for hackers and tech-savvy people to steal, but it opens a window for prying eyes to spy on your day-to-day life.

Modern technology such as laptops, Amazon’s ‘Alexa,’ our cell phones, and other forms of technology are possible ways for the government to spy on the public. A strong stance has been taken against photos and ‘Siri’ on iPhones. When you say “Hey Siri,” a voice-activated help setting for your convenience, responds. In order for Siri to respond, she must be listening the entire time.

iPhones also have a live photo setting for the camera, live photos capture a few seconds before the actual picture which means your phone camera is always on. If hackers wanted to spy on you, it wouldn’t be that hard seeing as your phone is always listening, waiting for that “Hey Siri” and the camera is right on the screen, how much harder could it be for the government to tap in?

This theory, not being a far stretch from reality, has put many people into action. It’s common to see people working on their laptops with a piece of tape covering the front camera. Although there is no clear answer if the public is being spied on, many have taken precautions.

Neil Armstrong was the first man to walk on the Moon. Nineteen sixty-nine was proving to be a promising year for N.A.S.A., launching Apollo 11, landing on the Moon and capturing images of Mars. All great progress for man’s exploration of the beyond, but theorists have found some hiccups in this progress.

The Moon landing of 1969, when N.A.S.A. released photos to the public to show man’s first steps on the moon most of the population celebrated this amazing accomplishment. Years later, after images circled the internet, viewers started questioning if it really happened. In a photo taken of Astronaut Edwin E. Aldrin Jr. who posed next to the United States flag on the Apollo 11 lunar landing mission, accompanied by Neil A. Armstrong and Michael Collins, you can see the flag waving as if there is a breeze. Some argue that this was caused by space wind — a steady flow of charged particles — from the Sun which thus caused the ripples in the flag. Non-believers don’t believe in the existence of space wind, arguing that it is a lie to help cover up the fake moon landing.

Despite claims being explained by facts, their theory still stands with many supporters still questioning N.A.S.A. and researchers.

Who runs this world, we the people, our government, or a secret society?

The Illuminati, who many believe are a secret society with many powerful celebrities involved, was actually founded in 1776 by a German professor, Adam Weishaupt. In the mid to late 1780s conservatives saw this anti-religious, free thought, and social reform group as a threat, thus criminalizing the recruit of people into secret societies such as the Illuminati. Word was still going around that the Illuminati kept up with meetings in secret before going off the grid and since then have evolved.

Many conspiracy theorists agree that major celebrities such as Beyoncé, Jay-Z and Kanye West are in the Illuminati. Beyoncé and her husband Jay-Z are known to make a pyramid symbol with their hands in various performances that supposedly represents the Illuminati. Kanye West owns a necklace with the symbol of the eye of Horus. The eye of Horus and pyramid that are both seen on the dollar bill and are believed to be associated with the secret organization.

The Illuminati has their own website explaining their plan for the seven billion people of this Earth without mentioning specific members. They vaguely explain they are made up of world leaders, artists and influential members of this planet. While their website gives much information on their purpose and goals, skeptics see this a front for what they could be planning behind closed doors.

Fiona Broome launched this phenomenon when she and a group of people remembered Nelson Mandela dying in prison in the 80s when in reality, he died from illness in 2013. Current day examples of “The Mandela Effect” are people remembering the monopoly man with the top hat wearing a monocle. Guys, he never had a monocle. There’s also the harsh reality of Star Wars when Luke Skywalker is learning about his lineage and turns out, Darth Vader is his father. We all remember the quote:

When in fact he only says:

Every Disney princess movie has a evil stepmother, witch or villain, Snow White is no different. Everyone remembers the when the evil queen summoned her talking mirror and said,“Mirror mirror on the wall.”

But what the evil queen actually says is…“Magic mirror on the wall.”
No one can deny they sing along to the iconic “We Are The Champions” song by Queen that’s been in numerous TV shows and movies. When you sing to the final verse, you probably go “We are the champions, of the world!” When in reality it doesn’t end with “…of the world!”… just a guitar solo.

It may be your mind playing tricks on you, a common mistake, a coincidence but next time you do a double take, ask yourself if its “The Mandela Effect.”

As a child you see cartoons of martians coming from space as little green beings that abduct cows into their flying UFO’s. You’re told they don’t exist, cartoons like “Ben10” or movies like “Men in Black” are fictional forms of entertainment, but what if they were real?

Unexplainable landmarks, floating disks in the skies, similar testimonies of people being abducted, aliens are the only ones tying these factors together. Reports of alien sightings have been dated back since the ancient times, hieroglyphs feature figures coming from the sky in floating disks with powers unlike man, and they were worshipped as gods.

Fast forward to our current day in age, there are still sightings of flying disks and people coming forward claiming to have been abducted by aliens. People claiming to have been abducted have been accused of lying in order to seek attention, or there could also be frisbees and drones in the sky. This still leaves unanswered questions such as who really created the Egyptian pyramids, which have millions of precise stones weighing at least two tons each.

What about the Stonehenge in the United Kingdom that has no known meaning but are aligned with solstices and eclipses? It’s been suggested that whoever built them was keeping an eye on the heavens above.

You can’t forget about the Easter Island Heads that, like the other mysterious landmarks, were made thousands of years ago when technology wasn’t advanced enough to make such sturdy fixtures that withstood time and erosion unlike other structures of their time.

For a final example that is most questionable, if not random, are the Nazca Lines located in the high and dry Peruvian desert. More than three-hundred designs consisting of various animals, shapes and plants are best seen from the air. These straight white lines stretching for miles are formed by removing the top layer of rocks exposing the white sand underneath. Although the question still remains: how have these designs withstood the rain, wind, and erosion for centuries?