Amazon’s New Headquarters Should be Built in Detroit 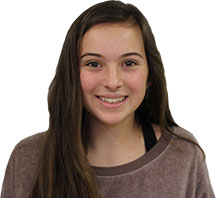 “Today was the day a group of dedicated, everyday New Yorkers & their neighbors defeated Amazon’s corporate greed, its worker exploitation, and the power of the richest man in the world.”
In February, New York Congresswoman Alexandria Ocasio-Cortez released this statement in response to her successful bid to prevent Amazon from building its second headquarters in New York City. Ocasio-Cortez was a strong opponent of the plans from the start.
“Amazon HQ2” which, according to “Fox Business,” promised to bring “25,000 high-paying jobs and invest tens of millions of dollars in the local area,” is now looking for a new place to call home.
Detroit, Michigan is the perfect candidate.
When the city of Detroit, Michigan was founded in 1701, it was a simple fur trading post for French colonists. It grew steadily from there as the nation developed. Eventually, it grew to become the largest automobile manufacturing city in the country. At its peak in the, 1940s workers came to Detroit from all over for opportunities to earn a stable living in car factories.
According to “The New Yorker,” at one point Detroit was America’s fourth-largest city with over 1.8 million residents. All of this was made possible by its people. Ask any Detroit resident, industrialism and hard work is in the city’s blood.
However, that same resident would not be able to deny that the city of Detroit has seen its fair share of hardships in the past. Eventually, the automobile industry expanded outside of the city and left factories and workers abandoned without a purpose. Severe racial tensions in the 1960s brought prejudice and culminated in destruction and the loss of millions of dollars in the Detroit Riot of 1967. In July of 2013, Detroit became the largest city to ever file for bankruptcy. According to “The Week,” it was a result of a financial crisis “60 years in the making,” caused by the collapse of the auto industry and the recession in 2008.
Six years later, while times have been difficult, there are many reasons to believe that the Motor City is on its way back up. With the construction of Little Caesar’s Arena, the implementation of the QLine transportation system and a growing downtown, Detroit is on its way to fulfilling its motto, “Speramus Meliora; Resurget Cineribus: We hope for better days; it shall rise from the ashes.”
This is where HQ2 comes in. What would be a better home than a city who needs strong businesses to help lift it up, and is already beginning to grow?
According to “MLive,” back in 2009, Detroit had more vacant land than any other US city, with the exception of post-Katrina New Orleans. While the amount has since decreased, there are still about 40 acres of unused space, easily enough space for the development of a massive headquarters for a global company and housing for employees and their families.
Housing is another benefit to bringing Amazon to Detroit. According to “BestPlaces,” the cost of living in Detroit, with a median home price of $53,400, is less than the national average. Other major cities such as New York, Chicago, and Los Angeles sit far above the average. In comparison, Detroit is far more affordable.
Additionally, Amazon would provide thousands of jobs for workers of all levels of experience. This would guarantee a drop in the unemployment rate, which is already on its way down. The fact that unemployment has decreased so sharply, from a staggering 28.9% in 2009 to its current 5.0%, shows the drive and dedication Detroiters have rediscovered from the city’s glory days. Just like the manufacturers at General Motors who earned their wages on the assembly line, these people want to work.
The decision to choose Detroit would be an admirable statement by Amazon. Their original choice, New York, to put it bluntly, has enough business already. Nearly 300 companies are headquartered in the city, and the impact created by one more would be very little compared to the impact if Amazon came to Detroit. It would show a company’s commitment to helping rehabilitate cities in its nation.
For the success of Amazon and one of The United States’ biggest cities, it should be strongly considered that it’s newest headquarters be built in Detroit.