Freshman Explains Hardships of Being New to Norrix 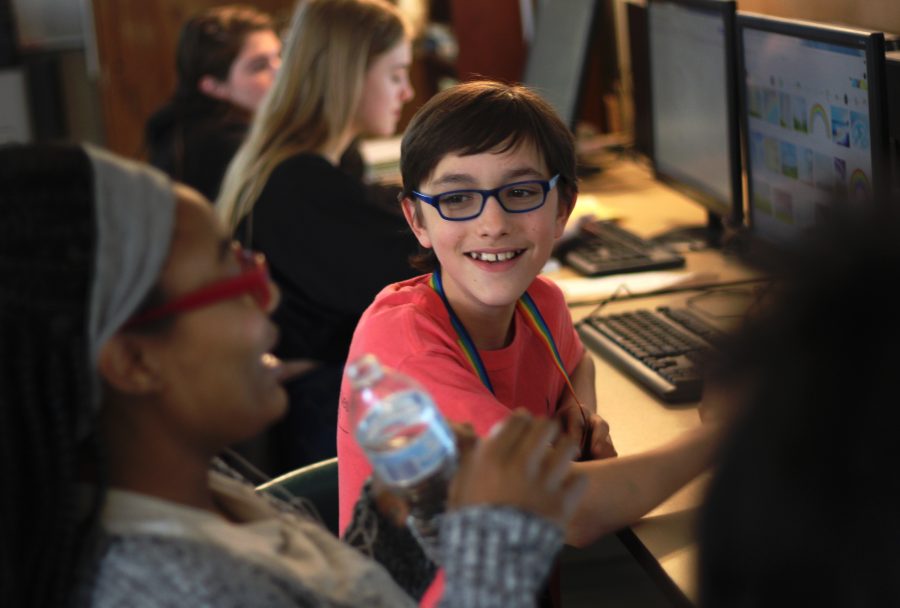 For upperclassmen, mentioning freshmen may bring eye rolls, irritation and overall dislike. Whether it’s for lack of maturity,or because they’re new, freshmen generally get a lot of backlash from upperclassmen. Luckily, this doesn’t seem to bother some freshmen.

“I’m not embarrassed to be a freshman,” said Dylan Meek as he swayed side to side in his computer chair. It’s his first year at Loy Norrix and in this time he’s made a few new friends and, so far, has enjoyed being a freshman, despite the fact that older students may look down on younger kids.

Meek reflected back on his first day in high school when he was taken aback by the way upperclassmen talked about freshmen. Meek says that he has admittedly seen freshmen that are out of control but would disagree with such blanket judgements.

“That could be anyone, to say freshmen as a group are childish? I don’t think that’s right,” said Meek.

Despite the fact that imposing a stereotype on freshmen may not be right, it still happens. In fact, it happens quite often. According to “U.S. News” statistics, about 30 percent of freshmen report being bullied within the school year. Freshmen are stereotyped as loud, rowdy and all around childish. Meek thinks that there is a reason for this “freshman behavior.”

“It’s new for us. I mean there are similarities between middle school and high school but there are more differences,” said Meek.

When freshmen are just entering high school, it is hard for them to grasp that there needs to be a change in their behavior. Many freshmen may struggle with going from hallways that are more structured, small buildings and a light homework load to the challenge that is high school. This can be especially hard for Loy Norrix students because our building is so large and the workload can lean to the heavier side at times.

According to the National Library of Medicine, students that transition from middle school to high school usually experience what is called a “9th grade shock.” This phenomenon is responsible for a huge decline in academic performance upon students entering high school. However, there are ways to prevent this shock.

“In one of my classes I needed a lot of help, there was actually nice upperclassmen in there to help me,” said Meek.

Some upperclassmen decide to not be nice to freshmen, but offering a helping hand can be essential for students who may not feel that they have friends to turn to or people that they can ask for help concerning homework or the many other obstacles of high school.

As Meek said, “You could help out a person who may need a little guidance.”