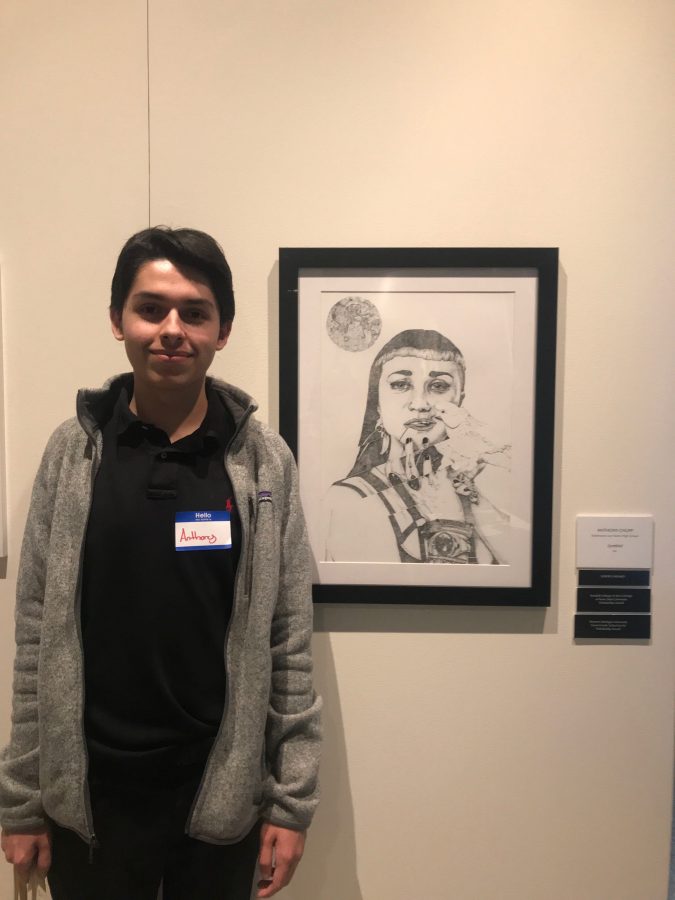 Now in its 37th year, the Kalamazoo Institute of Arts High School Area Show presents a unique chance for student artists to receive recognition for their works. Eight colleges and university programs offered nearly $1,000,000 in scholarships and awards for exemplary student work on May 17th, 2019.

Under the instruction of art teachers Cindy VanLieu and Gregg Stevens, the works of eight Loy Norrix students were featured in this year’s show. For junior Anthony Chupp, selection in the show brought about promising new opportunities in his career as an artist.

“I created a portrait of a musician using stippling techniques to add value, and I’m so happy that it was picked for the show,” said Chupp.

While the 2019 show marked the second year Chupp’s work has been featured, Chupp won his first scholarships this year.

“Last year, I didn’t win anything. However, I was awarded admissions scholarships to Kendall College of Art and Design and Western Michigan University this year,” Chupp said.

Two of the eight colleges and universities participating in the 2019 show, Kendall College of Art and Design and Western Michigan University, both offered four-year renewable scholarships to winning students.

“Moreover, winning these scholarships has given me the chance to fill the remaining 5% of The Kalamazoo Promise that I didn’t qualify for,” Chupp said.

For Chupp and others alike, the Area Show has encouraged student artists to continuously improve and excel.

“Winning scholarships inspired me to push not only boundaries, but also my own abilities with my art,” said senior Grant Emenheiser.

“This year, I won admissions scholarships to the art programs at Central Michigan University and Olivet, as well as a KIA summer class scholarship,” said Emenheiser.

Through the Area Show, Emenheiser was awarded two scholarships to universities, both of which were renewable over a four year span. Additionally, the KIA summer class scholarship would allow Emenheiser to further immerse himself in the arts through one of the many classes offered through the KIA.

Although not all student work was selected for a scholarship or award, students who have won in years prior can reflect on this years show.

“Last year, I earned an admissions scholarship to the Cleveland Institute of Art, which was exceptional considering I was only a sophomore at the time. I also won an honorable mention for merit,” said junior Alexandria Courtney.

For Courtney, participation in the show is crucial for exposing oneself to the arts community– whether recognized with a scholarship or not.

“I definitely know that I’ll be pursuing the arts in the future,” said Courtney. “Although I don’t have a specific plan laid out quite yet, I am certain that I want to be involved in the arts throughout my life and career.”