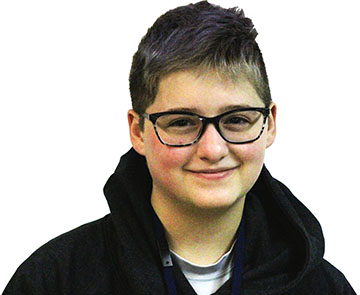 As of May of 2019, there have already been attempts at challenging the 1973 Supreme Court decision of Roe v. Wade along with the 1992 case Planned Parenthood v. Casey. Conservative legislators have been pushing strict abortion bans called “heart-beat bills” in multiple states — including Michigan.

The American government has danced around the topic of abortion since the founding of the nation, but abortions have been a thing — even common practice — for hundreds of years until the 1800s.
“Criminalization of abortion did not reduce the numbers of women who sought abortions. In the years before Roe v. Wade, the estimates of illegal abortions ranged as high as 1.2 million per year,” said the National Abortion Federation.

Roe v. Wade is a case from 1973 that made abortion a constitutional right. The case was ruled 7-2 that a woman’s right to abortion was protected under the Fourteenth Amendment, a protection of their privacy under the law. The ruling granted pregnant women total autonomy during the first trimester and affected 46 states’ laws on abortion.

The 1992 case Planned Parenthood v. Casey which upheld the decision of Roe v Wade in a 5-4 vote, allowed various small changes to Pennsylvania abortion laws which had required informed consent, a 24-hour waiting period and, if married, proof that she had notified her husband.

Religious fears and rulings are dangerous when it comes to reproductive rights. Those fears, rulings, and the bans endanger the lives of anyone with the ability to give birth and stigmatize a common medical practice. This is witnessed by the fact that many senators and government officials who support the banning of abortion interject religious points into their arguments against abortion.

“Nearly one in four women in the United States (23.7%) will have an abortion by age 45,” said researchers Rachel Jones and Jenna Jerman of the Guttmacher Institute.

That’s about 37.2 million women. By the time someone is forty, one in four of the women they know have had an abortion.
The most recent bans have focused heavily on fetal heartbeat, something that frequently occurs around six weeks — a time period when women may not even know that they are pregnant. States like Alabama and Georgia have faced heavy criticism for their decisions regarding the bans. Protests were sparked nationwide with people of every gender, race and, class participating.

The most recent laws in America are some of the most restrictive in our history. They ban abortion in almost all cases after a fetal heartbeat is detected. There are no exemptions unless the mother’s life is endangered. Not for rape. Not for incest. Not even if the victim is only eleven.

These bans not only attack women’s reproductive rights but LGBTQ+ rights as well. These bans impact more than just middle class, white women. They impact impoverished people, indigenous people, people of color and the LGBTQ+ community. These are people who already struggle to receive proper medical care; why force them to carry a child that they either can’t afford or will dramatically impact their health?

“Those who are already marginalized are disproportionately affected by such laws as they have no means to seek safe and legal services in another country or access private care. They include women and girls on low income, refugees and migrants, adolescents, lesbian, bisexual cisgender women and girls, transgender or gender non-conforming individuals, minority or Indigenous women,” said Amnesty International.

“. . . any law restricting access to healthcare narrows an already small field of options,” said Ivy Gibson-Hill, the executive director of Gender Benders and a prominent Southern LGBTQ+ activist, in “Anti-Abortion Laws Impact Trans and Nonbinary People Across the South” by Lilly Knoepp on Blue Ridge Public Radio about how these laws and bans can affect public health care for a variety of people.

Alabama and Georgia’s laws ban abortion after six weeks or when a “heartbeat” can be detected. Six weeks is when most people may not even realize that they’re pregnant. That heartbeat is really called embryonic cardiac activity. Something that some doctors wouldn’t even consider a heartbeat, merely just a pulse.

That means that what politicians are calling a fetus and banning the abortion of is an embryo, which is only as big as a sweetpea and could not survive outside the womb.

Under Alabama law, an unborn child is a person with legal standing, a decision backed up by a ruling in a wrongful death lawsuit filed by the boyfriend of a woman who received an abortion.

The new bill which was signed into law by Alabama Gov. Kay Ivey on May 15, 2019, makes abortion and attempted abortion a felony. Performing an abortion on a patient who was raped could earn the doctor more jail time than the rapist.
Even the United Nations seems to be against these highly restrictive laws.

Not only do the bans on abortions prevent access to safe medical care to terminate pregnancies, but they also threaten a person’s control over their own bodies. These laws undermine a person’s bodily autonomy; the right to control how your body is used. If you can not take organs from a corpse then why should a person be forced to carry and give birth to a child? Does a person with the ability to carry a child really need to have fewer rights than a corpse when it comes to bodily autonomy? The answer is no.