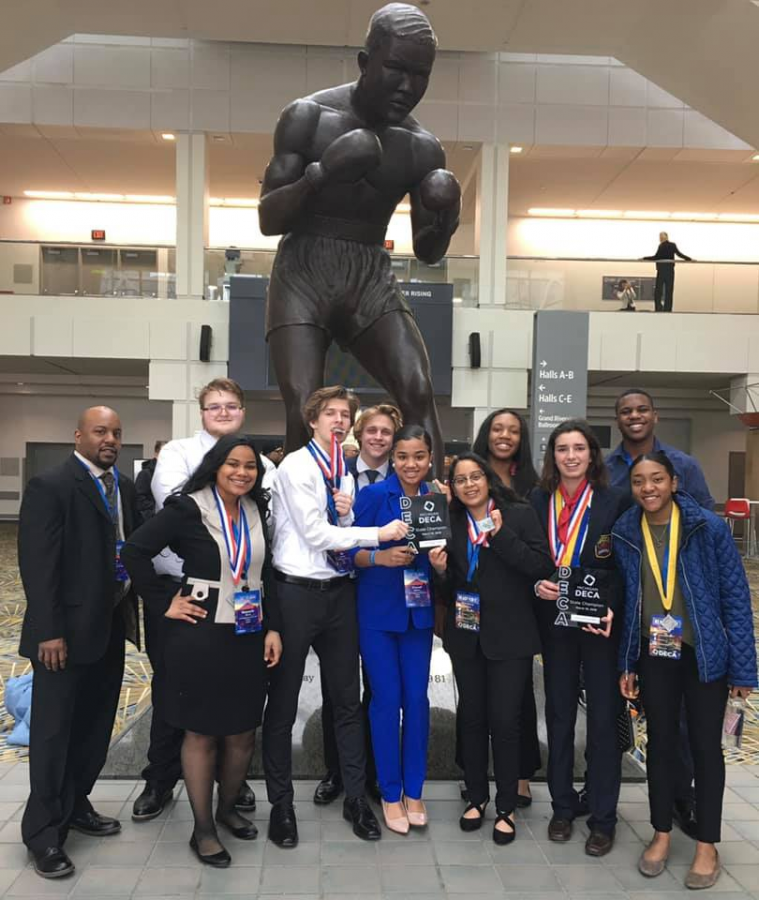 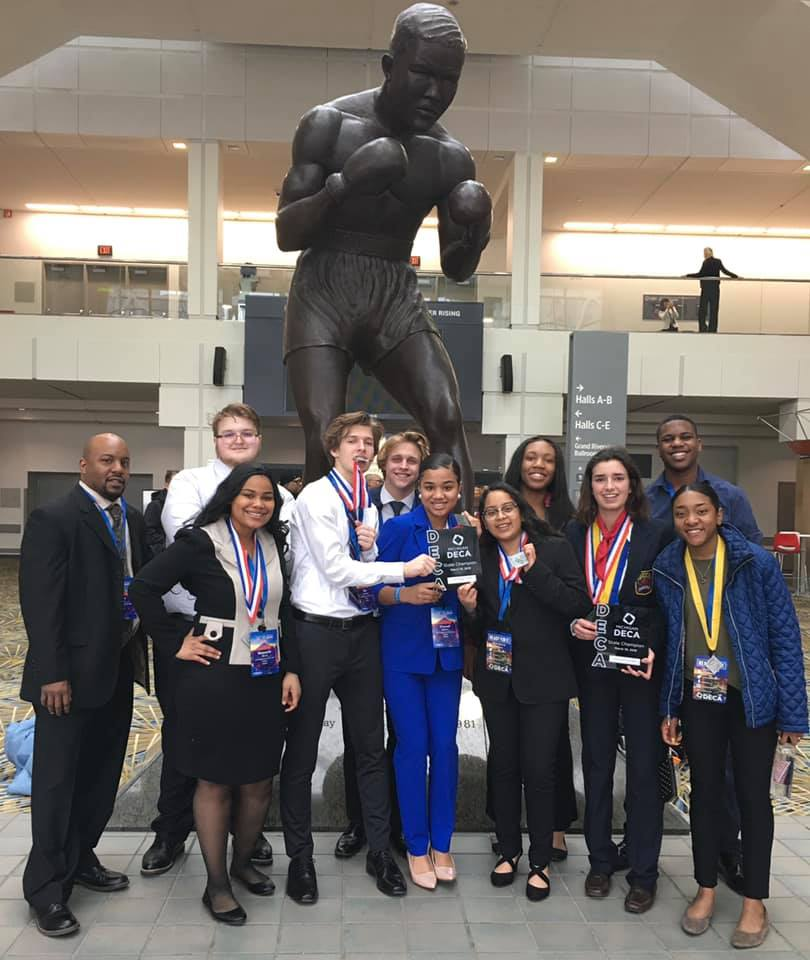 For the first time in five years Loy Norrix DECA students have made it to nationals. DECA students compete in four main divisions: sales, marketing, hospitality, finance, and business management. There are 38 total competitions where students are able to do projects, take tests or roleplay real-life scenarios. To complete each event, some kids design a business, while others compete in team events.

DECA has been around since the 1970s. It was dissolved for a few years and was brought back to Loy Norrix six years ago.

Loy Norrix senior Naquaria Ward designed a business for her event in DECA. Ward designed the Knight Stand: it’s the snack cart that is open Tuesdays and Thursdays during all three lunches. The money that is raised is used as funding for the DECA program. Ward’s work received a finalist metal in school based enterprise.

“I just wanted students to have an option in what they wanted to eat and snack on at school and because I wanted to make an impact before I graduated,” Naquaria Ward explained. She wanted a place for students to be able to get snacks easily.

There were two students who made Nationals this year, Naquaria Ward and Anna Puca junior Anna Puca went to Florida for nationals.

Loy Norrix senior Greg Culp is in charge of advertising and recruiting for the DECA club. “I joined DECA because he wanted to be a part of the [Detroit] Pistons trip,” said Culp.

After going on that trip, Culp became interested in the business side of DECA. He now does entrepreneurship this means that he took a test on his knowledge of entrepreneurs and then did an interview and gets judged on how well he did. He says anyone who is interested in DECA should join because it gives students a chance to travel and improve their business skills through competition.

“I am the one that gets everyone pumped up for their event and make sure they have what they need,” said senior Hannah Sherman, the DECA club president here at Loy Norrix.

Sherman has been in DECA all four years of her high school career, two of which she’s been the president. Her job entails making sure everybody’s doing what they need to be doing to fulfill their positions in DECA. She also helps business teacher and DECA coach Atiba Ward with running DECA and coming up with new ideas to improve the club. She is in human resources, which means that in her division she gets a scenario or a problem of sorts and competitors get 10 minutes to figure out how to solve the scenario.

“DECA is a great opportunity to learn about business, and you’re able to challenge yourself. It’s also a gateway into the work world,” said Ward.