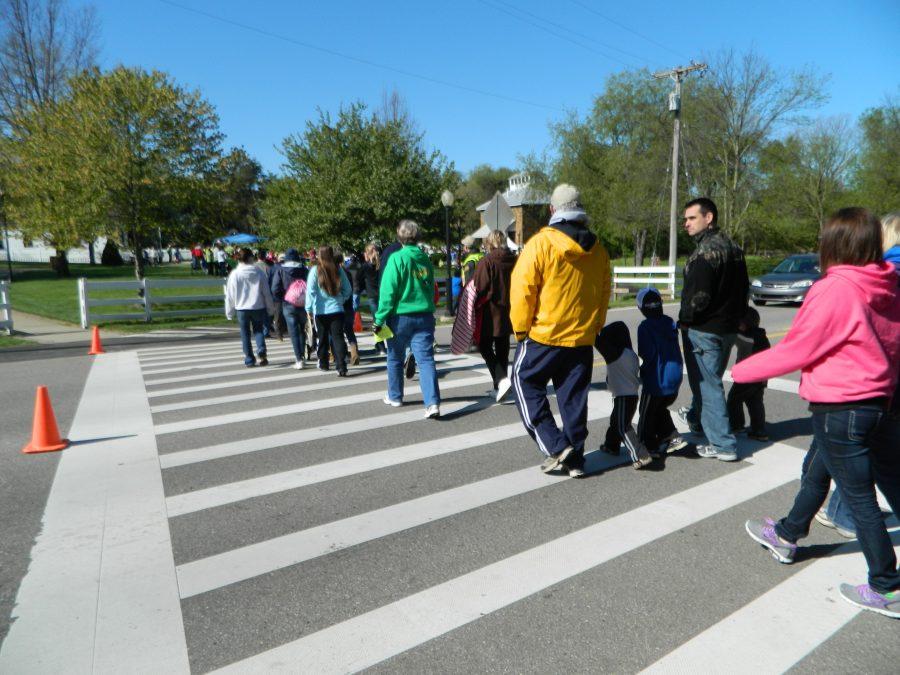 April is Autism awareness month. The Kalamazoo/Battle Creek Autism Society hosted the Walk About Talk About Autism walk on April 21st at 9:30 a.m., which started at Celery Flats in Portage. Families and individuals arrived to raise awareness on this communication disorder.

Autism is a disorder that is difficult to diagnose. It is considered a “spectrum” disorder because the seriousness of the symptoms may vary from mild to severe. The symptoms of autism include problems in the areas of communication, social settings, and difficulty with change in routines and repetitive behaviors.

Diagnosed typically at the age of three, with symptoms first noticeable by two or two and a half. Early intervention is key for providing support and developing a plan to help the child.

Dr. Leo Kanner was one of the first to observe the behaviors of autism in 1943. The word “autism” comes from the Greek word “auto” or “self”. Symptoms were originally described as a lack of affective (emotional) contact with others, extreme resistance over change in routine, an intense fascination with using certain objects, but not using them for the correct function, muteness of language, and a high ability of rote memory and visual-spatial skill. These findings were printed in Kanner’s paper in 1943, called ‘Autistic Disturbances of Affective Contact.’ Kanner described a child that he was observing, Donald T., as seeming to have “almost to draw into his shell and live within himself.”

This shell-like behavior can prove problematic in school settings. Along the spectrum, there are several options to provide educational options for children with ASD (Autism Spectrum Disorders).  Under the Individuals with Disabilities Education Act of 1990, autism is covered. This proved to raise the incidence of autism in schools.

“Schools are screening children as young as one year old,” said Meyer. “If there is any indication of special needs, they are encouraging enrollment in “early on” programs. These programs concentrate on communication and sensory stimulation.”

These special programs can easily be integrated into a regular school system.  At Loy Norrix, Pamela Salak is the special education specialist and oversees programs to assist those with autism.

“There is a teacher consultant for those with autism that will help work with teachers to come up with strategies to help,” said Salak. “Depending upon the needs of the student, there are individual accommodations. For example, there are methods for writing for written assignments or allowing the students to exit the class room to allow a time-out.”

For more severe cases, Kalamazoo Regional Educational Service Agency offers a program titled the Kalamazoo County Core Autism Team (KCCAT). Salak remembers a child who was at Loy Norrix many years ago, was pulled from Kalamazoo Public Schools by his mother to attend the program.

At the middle school and elementary level, classrooms were planned to be added to Prairie Ridge and Linden Grove, but Salak said that due to budgeting, the plans have been pulled.

Autism affects 1 in 88 children in the United States alone.