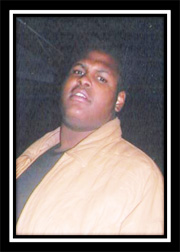 Sunday, April 22, Brian Tolson was shot and killed. Brian was only 19 years old.

Brian graduated from Loy Norrix last year and was attending Kalamazoo Valley Community College. The shock from his unexpected death was immediate. Soon after the shooting the word got out that Brian was the victim of the shooting. Those who knew Brian and loved him expressed their sorrow and disbelief online. Facebook status after status expressed extreme sadness and shock over Brian, lovingly referred to as Big B, being gone.

Big B was larger than life and had a smile and heart to match it. Almost all who knew Brian did not hesitate to mention how Brian always made people laugh and was always there to put a smile on someone’s face. Brian was clearly loved by many and our community has suffered a remarkable loss.

What will it take to stop the deaths of young brilliant minds? How many more Big B’s will we lose? Violence will never be the answer and only creates more problems. As a community we need to put a stop to the violence surrounding us and protect our community in a smart and rational way.

“He was a kid that everyone got along with. He always looked out for the well being of

others that he had some sort of relationship with. He always knew how to make people laugh.”

“Brian was one of the funniest people I know. Whenever you were mad or sad, all you had to do was go sit with him and you would cheer up in no time. He was a good person over all; he was friends with everyone and wasn’t afraid to say what was on his mind.”

“He was all laughs. He changed his life around and was determined to become somebody. He started off rough and had a change of heart. Brian was the type that even if he was down he did not want his friends to be down, and he would do everything in his power to put a smile on their face. He had the greatest sense of humor and was really laid back. He didn’t let anything affect him personally. He didn’t get into any drama or rumors in high school. He would give us advice when we were feeling down. Its almost like he had a sixth sense for it. Brian could tell when one of his homies was down or upset and his goal for that day would be to change it around. He also stood up for his friends no matter what the occasion.”

“Brian was always so nice to me and would always take time to talk to me about whatever. He was such a nice guy and never had anything bad to say about anyone. He was a great person to have class with.”

“I’ve known Brian since we were at Milwood middle. He was a very goofy person and he was often making others smile. You didn’t have to be close to him to know that he was a good guy. He was going to Kalamazoo Valley Community College to better his life. He will be missed by so many. R.I.P. Brian.”

“Brian had such a calm, cool, & complex attitude. He encouraged me not to quit school. The last thing I remember him saying to me last week was “Strive and stay alive. You’re doing the right thing.”

“He would talk to anybody. He was everyone’s best friend. One of the best people I’ve known got stuck in the worst possible situation.”