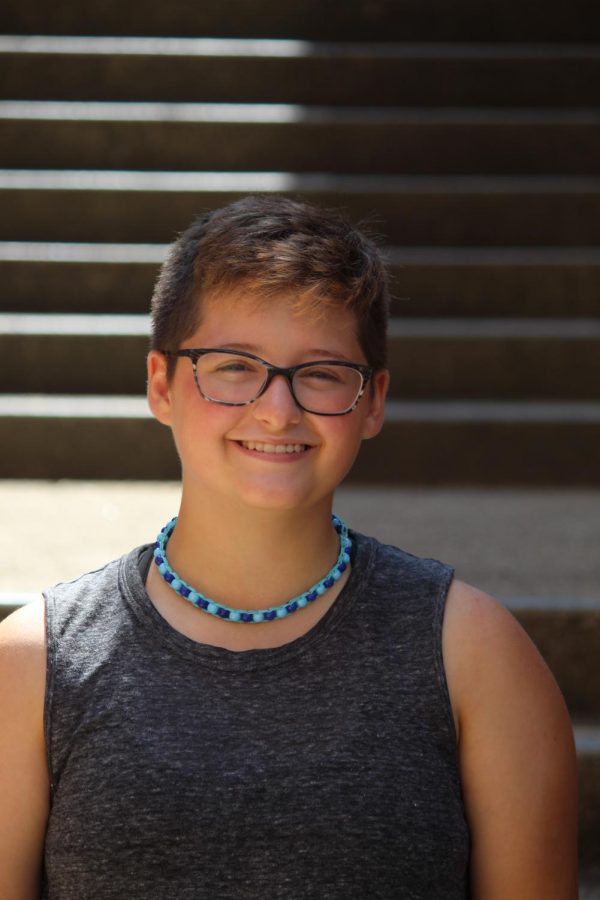 Michigan, aka “the Great Lake State,” has been facing a pollution threat that endangers more than just Michigan residents. Michigan’s borders touch four out of the five Great Lakes, lakes which contain 20% of the world’s surface freshwater and roughly 95% of the United States’ surface freshwater.

But Michigan isn’t the only state facing danger due to pollution.

In many places within the United States, there have been multiple incidents where due to weakened regulations, there are effects that have already sprung up around the affected areas.

Examples of this are Flint, St. Louis, Parchment and the Keystone Pipeline in North Dakota.

Flint, Michigan and St. Louis, Missouri dealt with lead levels well over the federally established limits. Parchment, Michigan, a town merely twenty minutes away from Kalamazoo, was contaminated with perfluoroalkyl and polyfluoroalkyl substances, aka PFAs. The Keystone Pipeline, a highly protested addition to the XL Pipeline, spilled 383 thousand gallons of oil in North Dakota.

Some situations received national attention, while others just got a quote in a larger article. Ignoring wildfires and poisoned waters does not erase the problem. Attention needs to be brought to these occurrences and people need to be educated about the causes and possible solutions.

Water is something that affects nearly everything. Stronger water policies and heightened protections for the lands around major watersheds would only ensure healthier communities and a healthier environment.

“Efforts to reduce violations [of water regulations] are of national concern given that, in 2015, nearly 21 million people relied on community water systems that violated health-based quality standards,” said Maura Allaire, Haowei Wu, and Upmanu Lall, for the Proceedings of the National Academy of Sciences of the United States of America research article “National trends in drinking water quality violations.” Data for this article was taken from a pool of almost 18 thousand community water sets between the years of 1982 and 2015.

Tackling water and soil pollution requires you take in the big picture. There isn’t always a defined source of pollution that you can pick out or highlight, like an oil spill from a pipeline. It could be the fault of centuries of capitalism where money took priority to humanity. Many people agree that you can’t just focus on one cause when it comes to pollution.

“I don’t think you can focus on one cause [of pollution], it varies from community to community. But improper disposal of waste is a large cause of water pollution. There are lots of different causes,” said Jamie DeWitt, Ph.D., a tenured associate professor of pharmacology from East Carolina University, whose research focuses on toxicology.

There are many factors that affect water pollution. Human intervention in an area, land usage, who owns the land, factories, and regulations all play a part. If you look at land studies that cover biodiversity, you’ll find that areas owned and protected by the indigenous peoples are the ones where biodiversity is highest– they’re also the lands and people most under threat by weakened regulations.

The indigenous communities throughout the US are the ones most affected by environmental catastrophes, and often times they are the ones who first speak out against environmentally hazardous policies and officials.

When it comes down to it communities, all communities, depend heavily on having clean water and well-maintained water systems. Urban communities and neighborhoods which are primarily inhabited by people of color are most affected by pollution of all types.

The less regard we give experts, the more the health of the general population will be affected.

PFAs are carcinogens, lead can cause developmental problems and many other chemicals and compounds have similar effects. In the summer of 2018, testing revealed heightened levels of PFAs in the Parchment waterways.

“Each community water system serving a population of greater than 3,300 persons shall assess the risks to, and resilience of, its system,” says the Environmental Protection Agency, or the EPA, in America’s Water Infrastructure Act: Risk Assessments and Emergency Response Plans.

In the case of Parchment, PFAs levels were twenty times the legal level and went undetected due to lack of testing– which is determined by the size of the population residing within city limits. Parchment is a city of just over 1,800 residents.

Ashton McDonald is a Parchment High School alumni, who lived in Parchment during the announcements and following warnings.

“We were highly stressed and anxious the whole time. There wasn’t anything we could do, so we had to wait and hope we hadn’t been affected by PFAs,” said McDonald about the uncertainty that Parchment residents had found themselves facing when they’d received the news.

“In 2012, the U.S. Environmental Protection Agency required water systems that serve more than 10,000 people to test for six perfluorinated compounds, which are among those in the family of compounds known as PFAs. Parchment was not required to test at that time because of the system’s small size,” said Malachi Barrett in an MLive article titled: “How long PFAs was in Michigan city’s water worries residents.”

The smaller the population, the less frequently the water systems of a city get tested. This is something that needs to change. More frequent testing could have caught the heightened levels earlier on, preventing the paranoia and possibly health issues. As of November 13, 2019, there are 74 sites in Michigan with confirmed PFAs traces, including three locations within Kalamazoo County: Parchment, Kalamazoo, and Richmond.

“If we test the general population’s blood, everyone has some trace amounts of PFAs in their blood. Some are due to the water or possibly food,” said Courtney Carignan, another tenured professor from Michigan State University, Department of Food Science and Human Nutrition.

The fact that these so-called “forever chemicals” can be found in almost the entire population’s blood is infuriating, as this spread of chemicals and poisons within our water could have been caught much earlier if we had done much heavier testing of our waters. If the general public had been educated earlier on about the issue and more research had occurred, maybe there would be more solutions to ongoing problems, local and worldwide.

“Being curious and getting educated are the most important steps in helping to clean up and becoming more aware. Satisfy that curiosity with education,” said Dewitt.

And being curious is what is going on. Protesters have swept the world, from Greta Thunberg in Sweden to Vanessa Nkata in Uganda. These are steps that many civilians have mimicked in mass protests called “Fridays4Future.” Knowledge is key to defending both our rights and our planets. President Trump’s administration has been quietly lowering environmental protections, like endangered wildlife laws and off-shore drilling.

Keeping up with the news, following ongoing research and opening government reports are ways to learn more about what is going on. Get outraged. In order to protect our environment, we need to keep learning about it, promote more frequent testing and prioritize scientific research and indigenous voices. Environmental protections are important because without healthy lands, livelihoods are lost. People are lost.