How a student reaches great heights while rock climbing 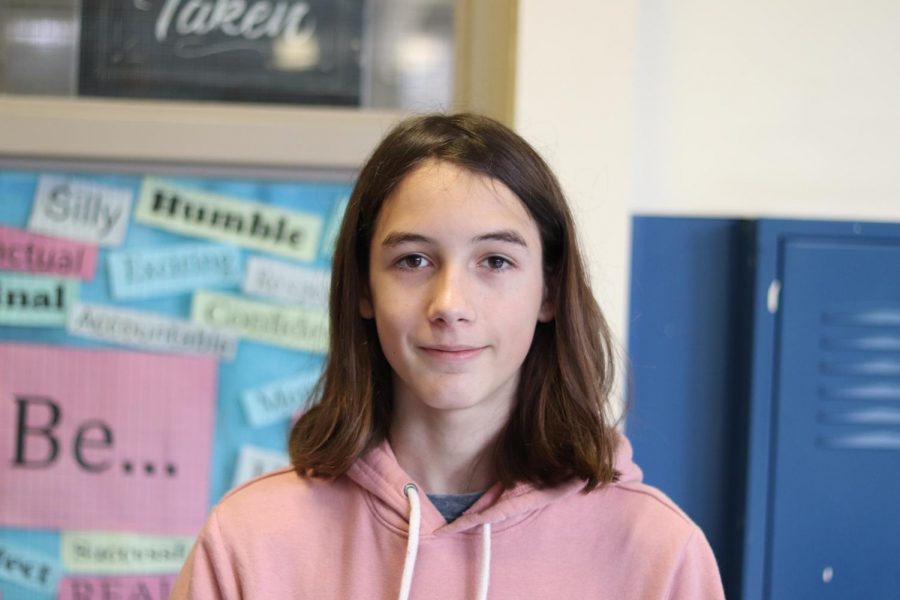 Sophomore Tanner Klute enjoys rock climbing in his free time, citing the challenge and workout as one of the main reasons for why he enjoys the sport.

“It’s a fun way to work out,” said sophomore Tanner Klute about rock climbing. Rock climbing is something Klute has been doing since the start of the year.

“[It can be] super scary in the beginning but it gets better the more you do it,” Klute said.

Klute goes to Climb Kalamazoo in downtown where they have two different ways to climb. There’s the lead climb, where you have a harness and someone making sure you don’t fall. Then there’s bouldering, which is lower to the ground, so a harness is unnecessary and soft mats that will save you from getting hurt if you fall. Klute likes both types of climbing equally, but he wishes that he could climb longer.

“You can’t climb for more than two hours for beginners and it hurts,” he said. “It sucks hurting throughout the day and you can feel it the next day.”

Even though climbing hurts your hands and other minor small common injuries, Klute says that it’s worth it since it’s such a good workout and he feels accomplished when he finally gets finished with a wall.

Climbing can be a dangerous sport outdoors. Between twenty and thirty people die a year on average from climbing in the United States alone.

Klute says that he would still do it though. “As long as you’re being safe,” he says that you won’t get hurt.