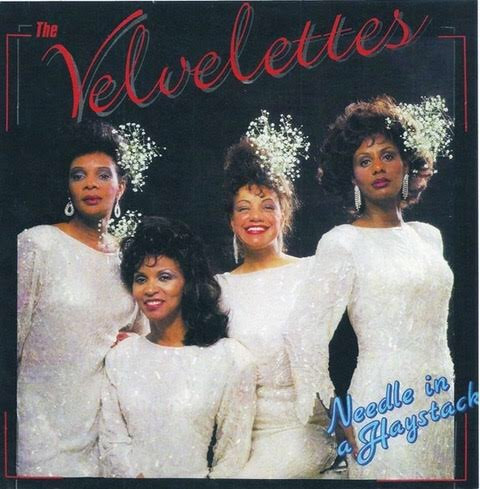 One of the best things about being a reporter is getting to meet some amazing people. That’s exactly what happened to me last month when I had the opportunity to meet and interview two members of the Motown group, The Velvelettes, when they performed with the Loy Norrix Choir for their carbert concert in early November.

Both Velvelettes, Bertha Barbee-McNeal and Carol “Cal” Street  have had experiences in the Kalamazoo area and have made the city their home. Bertha Barbee-McNeal was a former music teacher at Milwood Middle School and Carol “Cal” Street, the youngest member of the group, attended Loy Norrix for two years before moving to Detroit during  her junior year of high school, “because it was so demanding.”

Barbee-McNeal formed the Velvelettes singing group with Mildred (Millie) Gill-Arbor at Western Michigan University in 1961. When they needed another singer, Arbor recommended her younger sister, Cal Street, a freshman at Norrix who had been singing in Kalamazoo since she was a little girl.

“It was right here,” said Street, who would eventually become the group’s lead singer.  “My father was a Baptist preacher and he used to sanction me to sing and to lead the congregation at a very young age, 8, 9, 10-years-old. Then I kept singing, kept singing… I entered contests at Lincoln Junior High, it was elementary through the ninth grade then. I won the talent show then sang in the choir here at Loy Norrix in conjunction with being a Velvelette.”

Performing at Loy Norrix again, all these years later, brought back a lot of memories for Street.

“It was like coming home for me,” Street said.

Barbee-McNeal is a native of Flint who, like Street, was a child of music too.

Barbee-McNeal shared her story. “I grew up singing in groups. There was a group called The Barbees. We were singing in high school and even made a record with some Detroit musicians, but then when I graduated from high school, I still wanted to be a music teacher. A lot of people said Kalamazoo had Western here and it was a very good music school, so that brought me here to Kalamazoo and I met Cal’s older sister Mildred and we became friends.”

“The Alpha Phi Alpha Fraternity on campus were giving a talent show and they said the group or the act that won first place would get $25,” said Barbee-McNeal. “I hadn’t met Cal at this time, she was only 14, but Mildred said, ‘I have a sister that can sing, and her best friend, Betty Kelley.’ And I said my cousin Norma from Flint can sing. And that was really how our group started.”

Little did they know who was listening at the talent show. Robert Bullock was a student at WMU. He was also record producer, Berry Gordy’s nephew.

“We were just singing and having a good time, and he approached us and told us we needed to go to Detroit and audition for his uncle, Berry Gordy,” Street said. “We had no idea who Berry Gordy was or anything and we’d say, ‘what does your uncle do?’ And he said, ‘Well he owns Motown.’  And we said ‘Motown, what’s that?’”

“See those records on the turntable over there the disc jockey is playing?” Barbee-McNeal chimed in before Street continued.

“He [Bullock] would point to them, he said, ‘see those records over there on the table the disc jockey is playing, those little 45s that had Gordy on it and Motown, Tamla (Tamla Records, the original Motown Record label)? That’s my uncle’s company.’ We said, ‘yeah, right.’ I mean almost every song that was being played at the dance was Motown music,” said Street.

“We won first place,” Barbee-McNeal finished the tale. “We did win that $25.”

Bullock finally convinced the young women to audition for Gordy who signed them on.  Over the years the Velvelettes toured in Spain, France and several times in London. They worked with musical greats like Chuck Berry, The Four Tops, The Temptations, and Big Sean, whom Street confided that “He’s [Big Sean] just a cute little guy: he’s not even big.”

The women recounted stories of sleeping on busses when they couldn’t get rooms, and at one restaurant in the South, they were refused service due to the lack of desegregation laws in place at the time.

Being a Motown star was exciting, but it was also hard and they had to work other jobs. Barbee-McNeal was a music teacher, Street was in human resources, another Velvelette was a nurse and another a hotel manager.

“[The Velvelettes] We had a professional singing career, plus we had straight gigs. So we work during the week and arrange for vacation time when we had engagements,” Street said.

“[The Velvelettes] We’d have a gig on Sunday night, and get home at maybe three or four in the morning and get up and go to work Monday morning,” Barbee-McNeal added.

But neither would change a thing. Street put it best.

“Once you become a professional entertainer, music is in your blood.”